After failed plans on Sunday we decided to head back to the great Rollright stones to investigate the area we missed called the whispering knights. 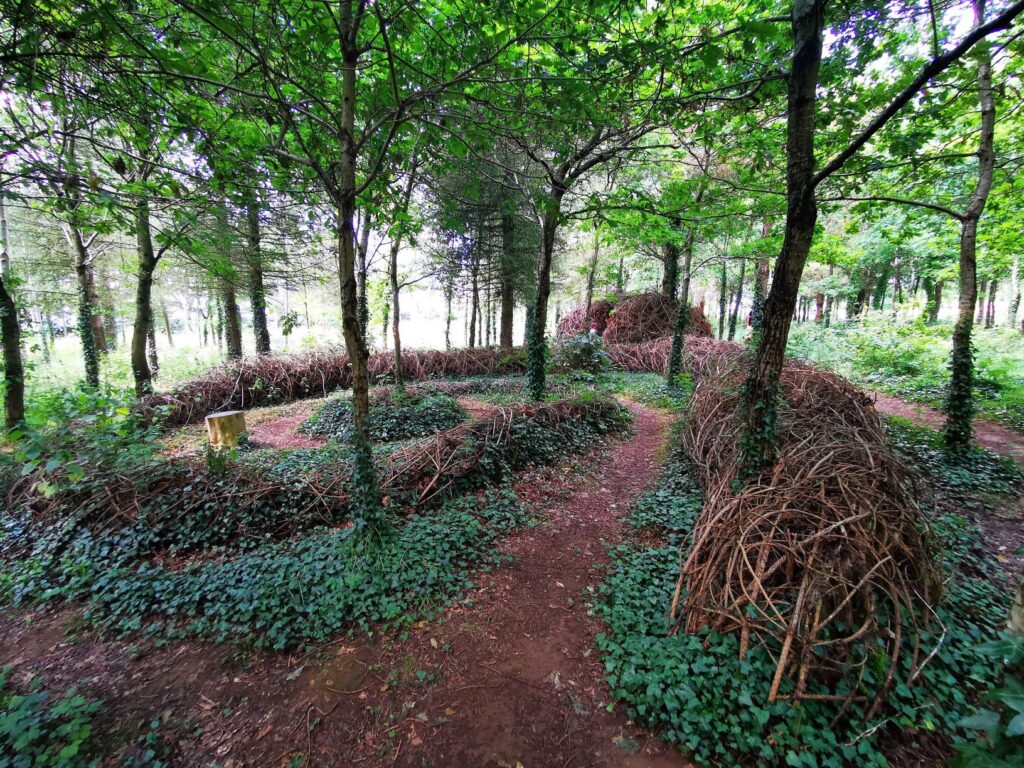 I’ll be honest the first time we visited the great Rollright stones we said it would be our last. Mostly because it was a bit shit. Lets bear in mind this is only my opinion and I am a bit spoilt for days out. I was just expecting a bit more than a circle of stones and a few hippies (love them) trying to be at one with whatever the fuck is there.

Maybe I’m salty because where I lived in Langford they have their own sets of circular stones which you can visit for free and they both have Pokemon gyms attached to them. Ok I hear you these stones are very old and historical but it’s going to take a magician to make either of my kids give a shit about that right now. 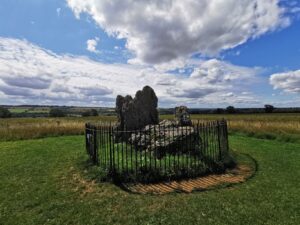 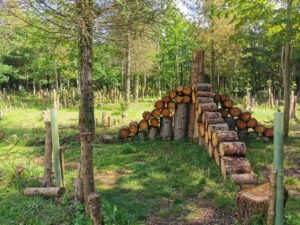 So despite the first poor visit we headed back to have another look. We rocked up and there was shit all parking. I’m not sure if there was some kind of topless spirit fest or not but we had sod all chance. We circled a few times and just as we were about to give up someone left.

The Whispering knights is along the walk to the left away from the main stones. Its not a long walk and its a well paved path. Keep going past another stone (some lovely views) and you’ll eventually (Not far) see an opening into some woodlands. This is where the whispering knights are.

What Is The Whispering Knights

Maybe I was expecting something a little more than what was actually there because I’m not going to lie I was a little disappointed. Probably because of the distance we travelled. If we lived more local this would be a lovely little walk. I think its possibly better for younger kids too.

There is a labyrinth as soon as you walk in that the kids can run around but don’t climb the middle bit because they aren’t secured down.  The whispering knights woodland project is described as “An ephemeral, ever-changing environmental and aesthetic project”. Not really sure what the fuck to make of that snippet but hey ho. 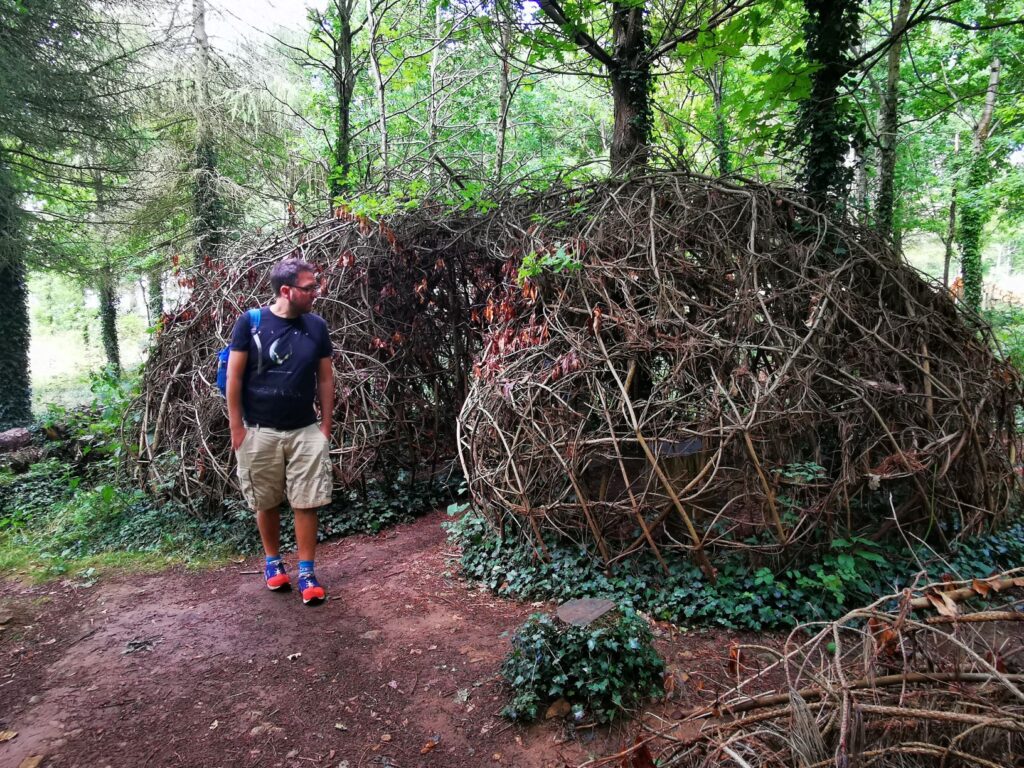 There loads of twigs everywhere that have been bunched together. I don’t really know if its art, environmental or both. Just don’t climb on anything, stick to the paths and enjoy the bushes and twigs. Its a small woodlands and it’s private but with permission to visit. The boys thought it was a bit crap but then they’re used to being able to climb trees when were in the woods hence why i think it might be best for younger ones.

What they did like though was the giant arse made again from twigs. You can actually enter through the but cheeks and have a proper explore of the giant arse. Its like a den only be careful because someone has put a lot of effort into making it and kids can be a bit too rough. We lasted about 30 mins searching for something to grab their attention. We failed I’m sorry Its just not for us then maybe its not designed to be.

Ok so loads of people love the whispering knights and the great Rollright stones but personally I thought it was all a bit shit. It really is just my opinion its in no way a personal attack on anyone who loves this place. Everyone is different and my say isn’t the be all and end all. 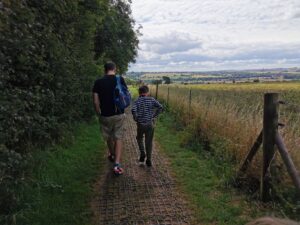 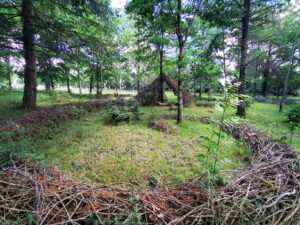 I might have appreciated it more without the kids to entertain so we could learn more about the history. We much prefer a bog standard woodlands that the boys can explore and get stuck in with.

Needless to say its not somewhere we would revisit but we really did have a laugh as we entered the giant arse. The boys had a great time pretending to be farts and poo’s flying out of the bum so maybe your kids will too. 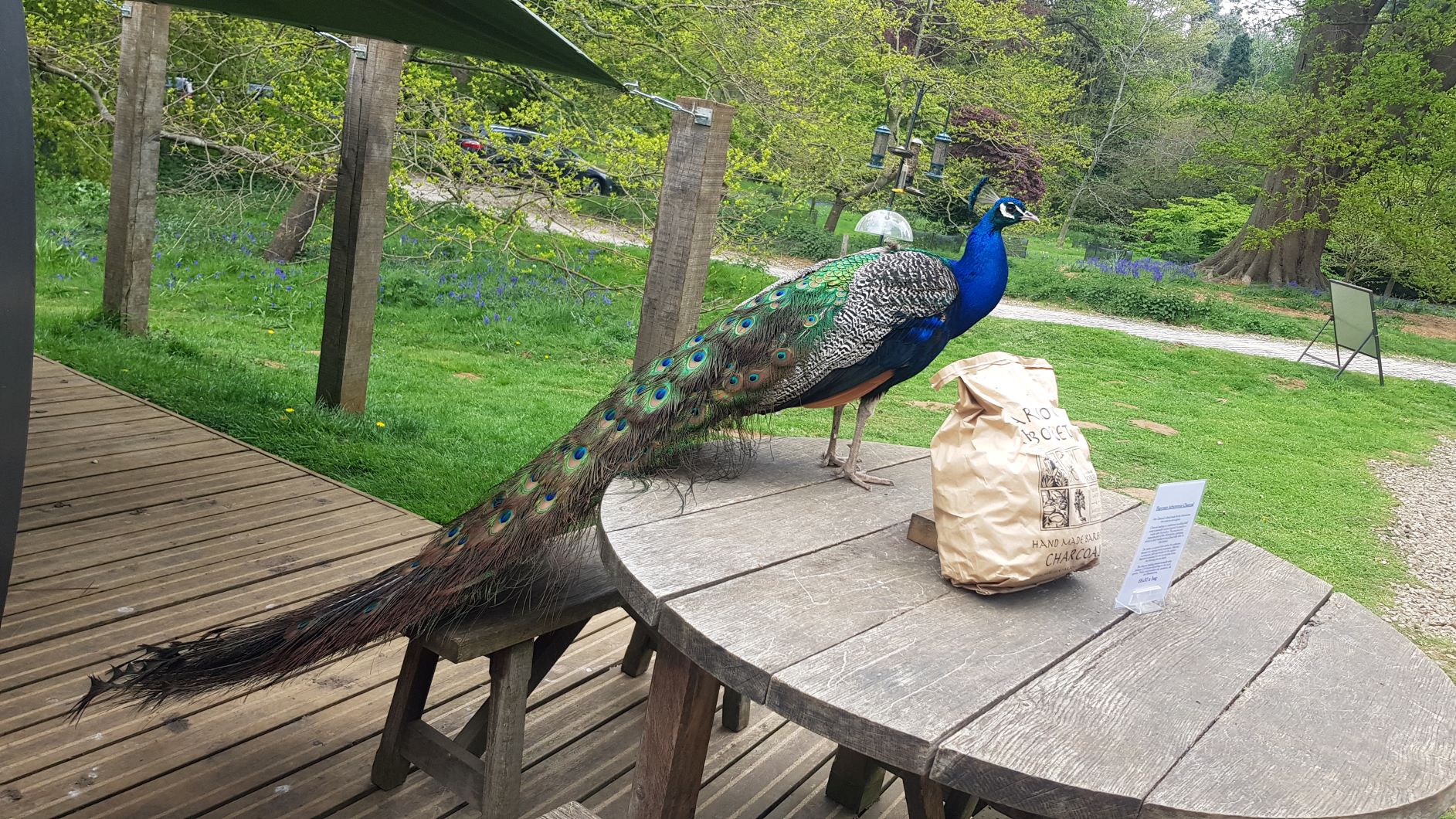 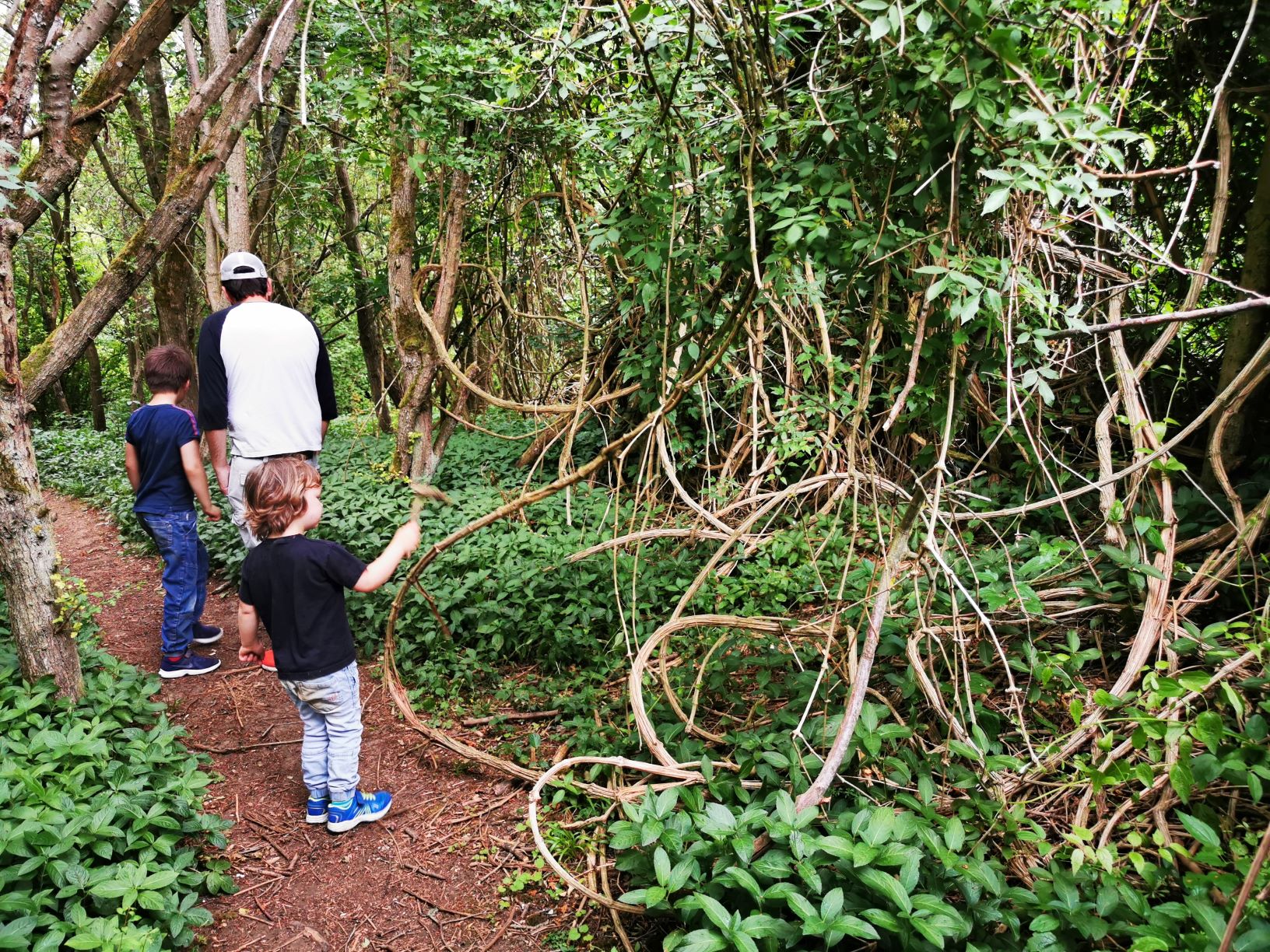 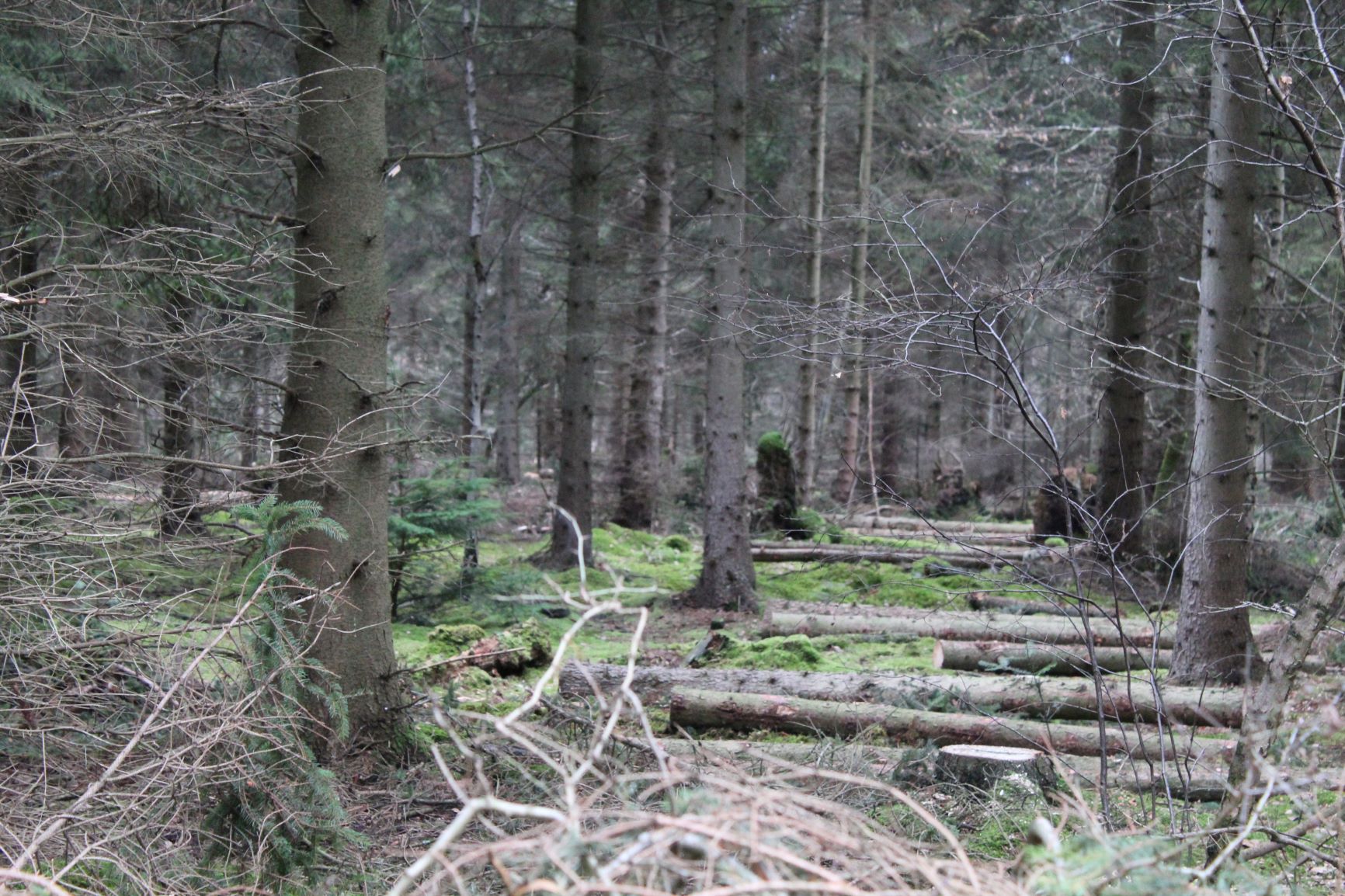 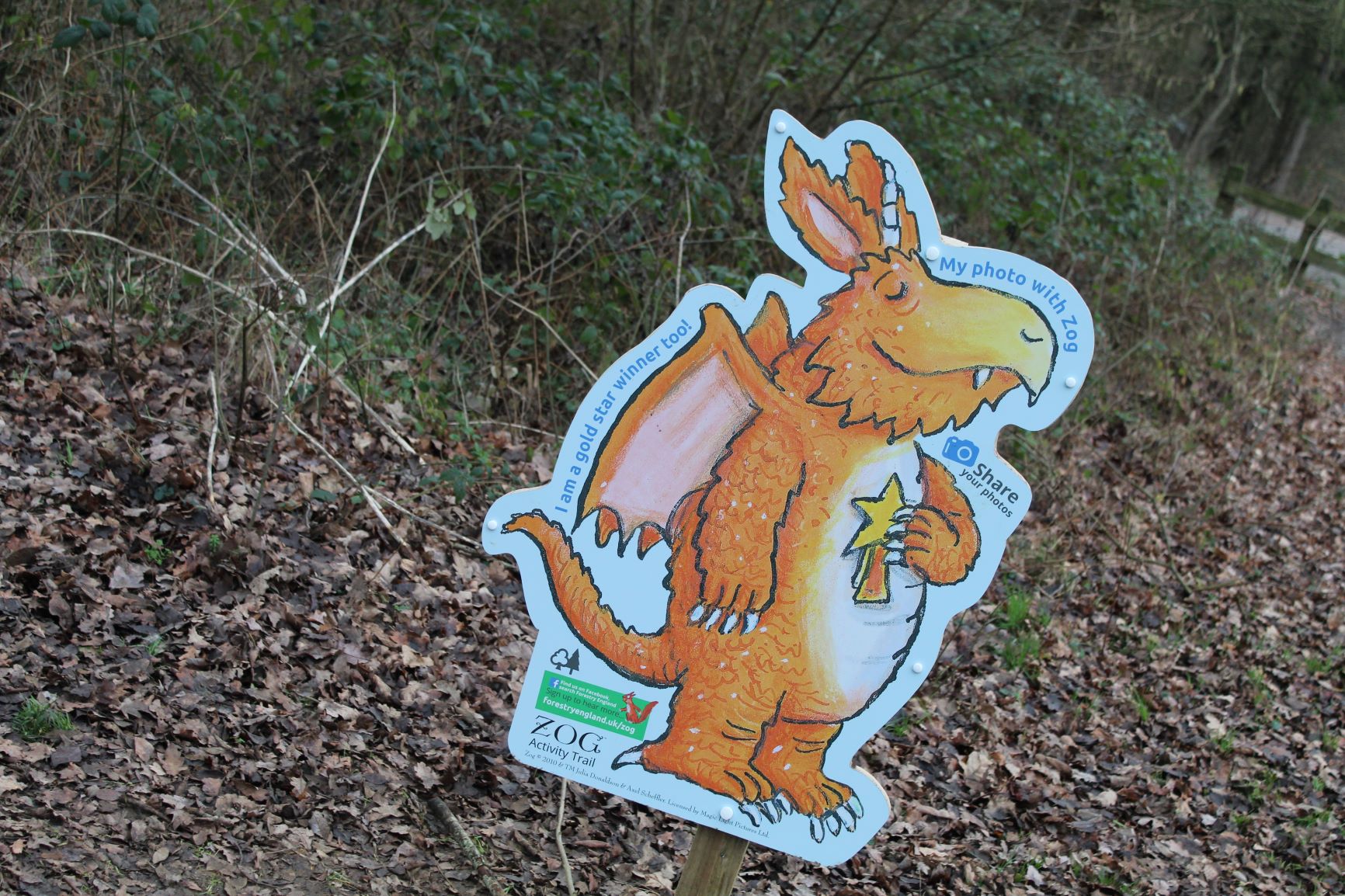