Over the weekend my parents had decided to come and Visit us from Chester. Now we didn’t want to sit indoors and waste the only day of the week when it hadn’t pissed it down with rain. So after seeing a couple of other bloggers in MK mention this park i thought we’d toddle off and try out the Loughton Pirate Play Park. 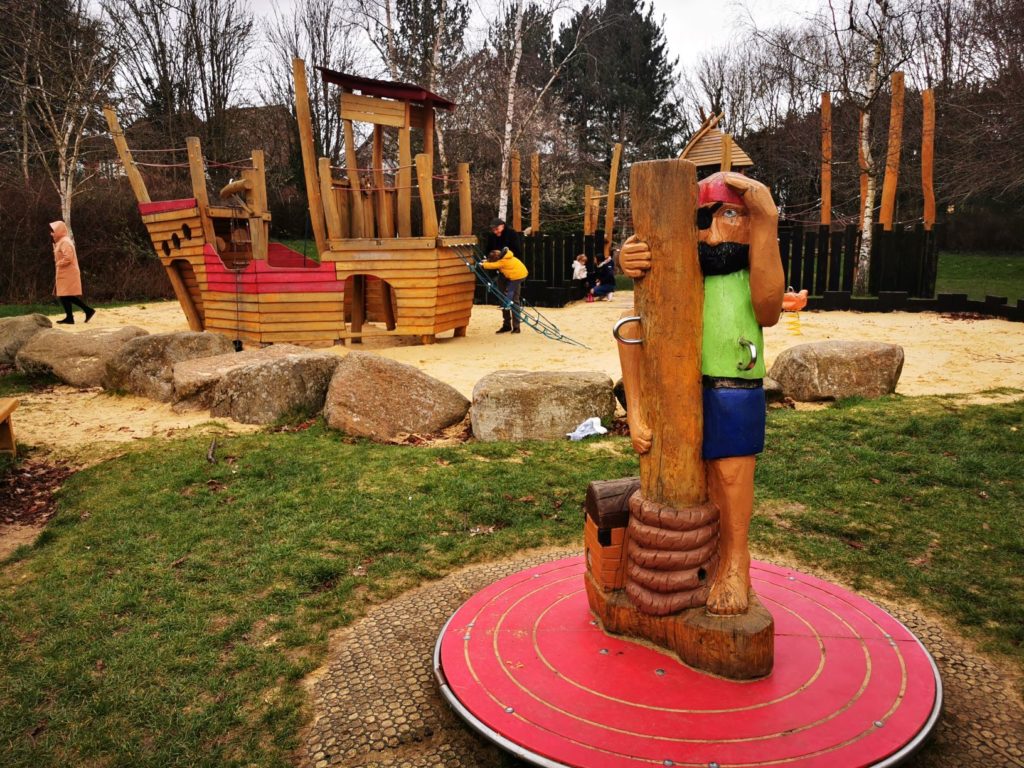 We decided to head for some lunch first. I had a look and thought to try out the grumpy cook. Now this was a bit of a waste of our time because there were 6 of us and the place is tiny which is a shame because it looked like it could have been nice food.

Instead we opted for The Talbot Inn. Let me tell you now don’t bother the pub looks nice but that’s about it. The food was pretty shit and my god the manageress. wow what a rude woman. Ignoring people in the queue to serve regulars and then openly mocking the queue?! now that makes my shit itch. 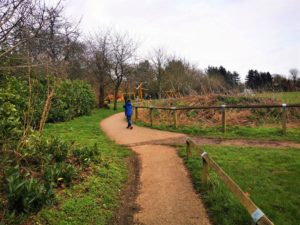 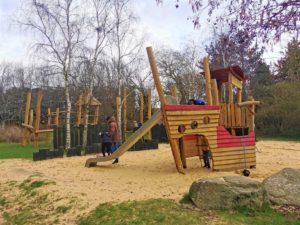 Food was eaten and off we went in search of this infamous Loughton pirate play park. If you head towards the play park you will come across a football club. There’s some parking there and you can walk over to the park. Bear in mind that if there is a football match on it’ll no doubt be full.

The paths around here are good for scooters and bikes and well worth taking as there’s loads of exploring to do. Wish we’d taken the boys scooters with us too but one to remember for the next time.

There’s no denying Loughton pirate play park is pretty awesome. The boys were off in a shot. It was pretty busy when we arrived but not overly. This may be stating the obvious but there was a big arse pirate ship in the middle which was the main attraction.

I’ll be honest its not the easiest for smalls to climb up. However the its all on top of a giant sandpit. So take your buckets and spade and dig in (hopefully not cat shit like in other sand pit parks haha) 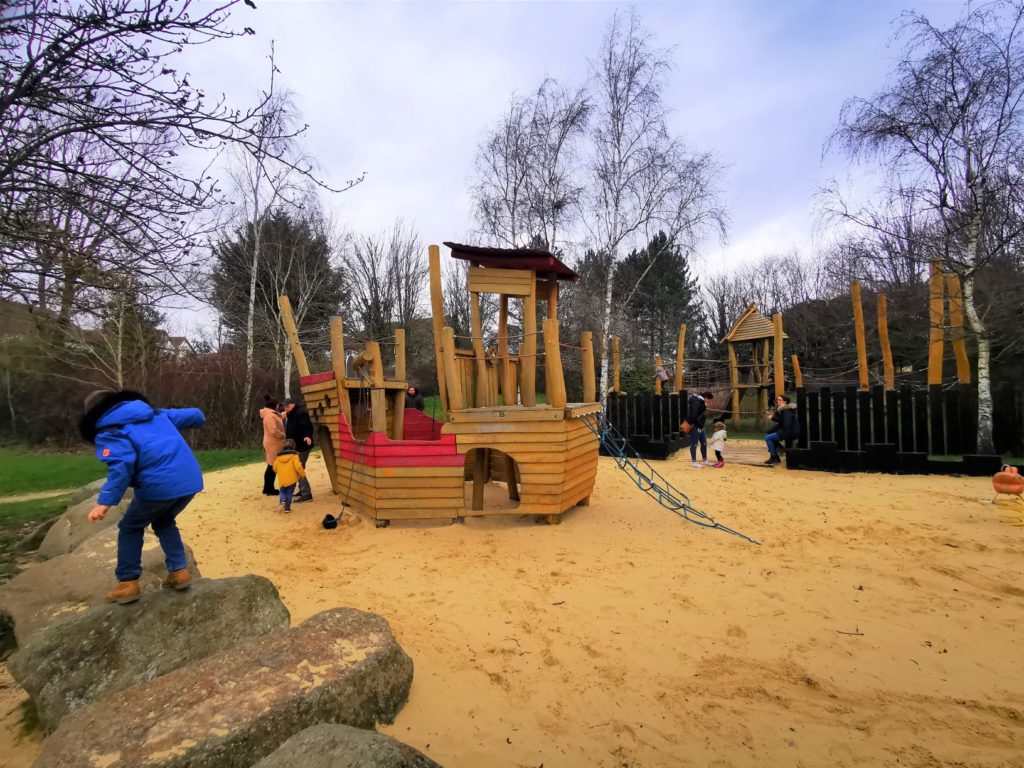 Behind the pirate ship is what i would say is the larger frame for the older kids. Not one I’d be able to let Elliot lose on. Especially as hes been tripping over his own feet lately. I’d say the majority of this play park is very climbing based so bear that in mine.

There’s a cracking little springy face twatter in the shape of a goldfish that Elliot loved too. Not only that but you have a cool pirate roundabout, swings, cargo hammock, seesaw (I say its a giraffe mum said it was a camel) There’s a really cool 4 way swing thing (sounds dodgy) and a cargo net swing. There aren’t any baby swings or at least none that I could see anyway. could be wrong though.

What Else Is There To Do?

Make sure you wear some comfy shoes because there’s a lot of walking and adventures to be had round here. Best part? its all free. In fact i think the kids might have enjoyed the walking more than the park. Bloody miracle the day the kids walk without whinging.

We didn’t do the whole walk around Lodge lake but its on for the future maybe for the bikes in better weather, We did walk along the river and over to the stepping stones. Now these are what made Clark’s day. He was in heaven they weren’t some piddly little stepping stones either. Clark was able to do them solo but I needed Elliot to hold my hand because I was scared basically hahaha. 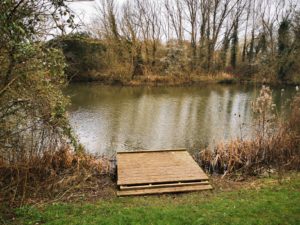 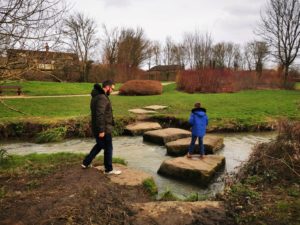 It was a nice little walk round and we saw some herons, walked over some bridges I thought were going to give in under my weight and took a wrong turn and ended up stuck under a motorway bridge. However it was still bloody funny.

We rounded the walk off with a game of pooh sticks. Or as Elliot would call the sticks…guns. I of course lost and Clark won. I suspect some cheating but hey shit happens and it was possibly one of the best pooh stick bridges I’ve ever found. You’ll know the one when you see it.

We had probably one of the best free days out we’ve had in such a long time. Made even better because it was under an hour away from us. The weather had finally eased up long enough for us to get some fresh air and stretch our legs. After all there is only so much puddle splashing I can take and pretend the rain isn’t pissing me off.

The boys had a great time and the stepping stones were probably their highlight. I’m just thankful none of us fell in. Although I cant deny it would have been funny if one of the adults had. 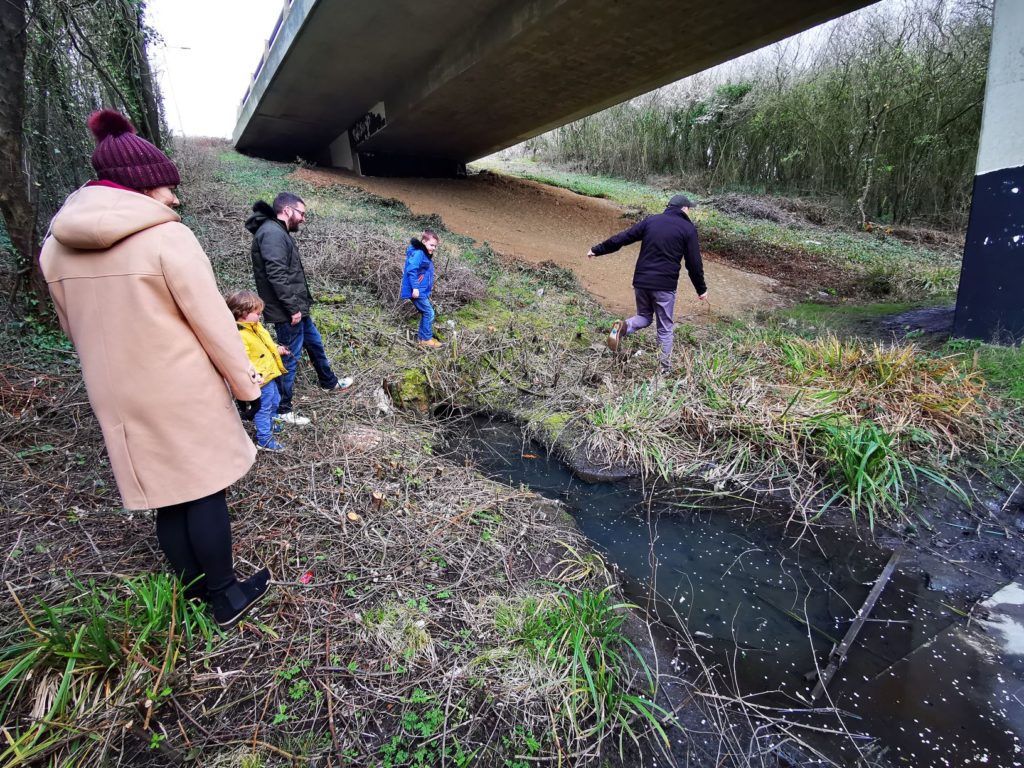 I can say with certainty that this play park and all the area surrounding is amazing. You’ll have a great time. Well you might not haha but we did and there’s no reason not to love a free day out.

I’d highly recommend that any of you head out to Loughton pirate play park and have some fun. I’m really looking forward to some nice weather so we can take a picnic and maybe even a paddle if its shallow enough in the summer months. 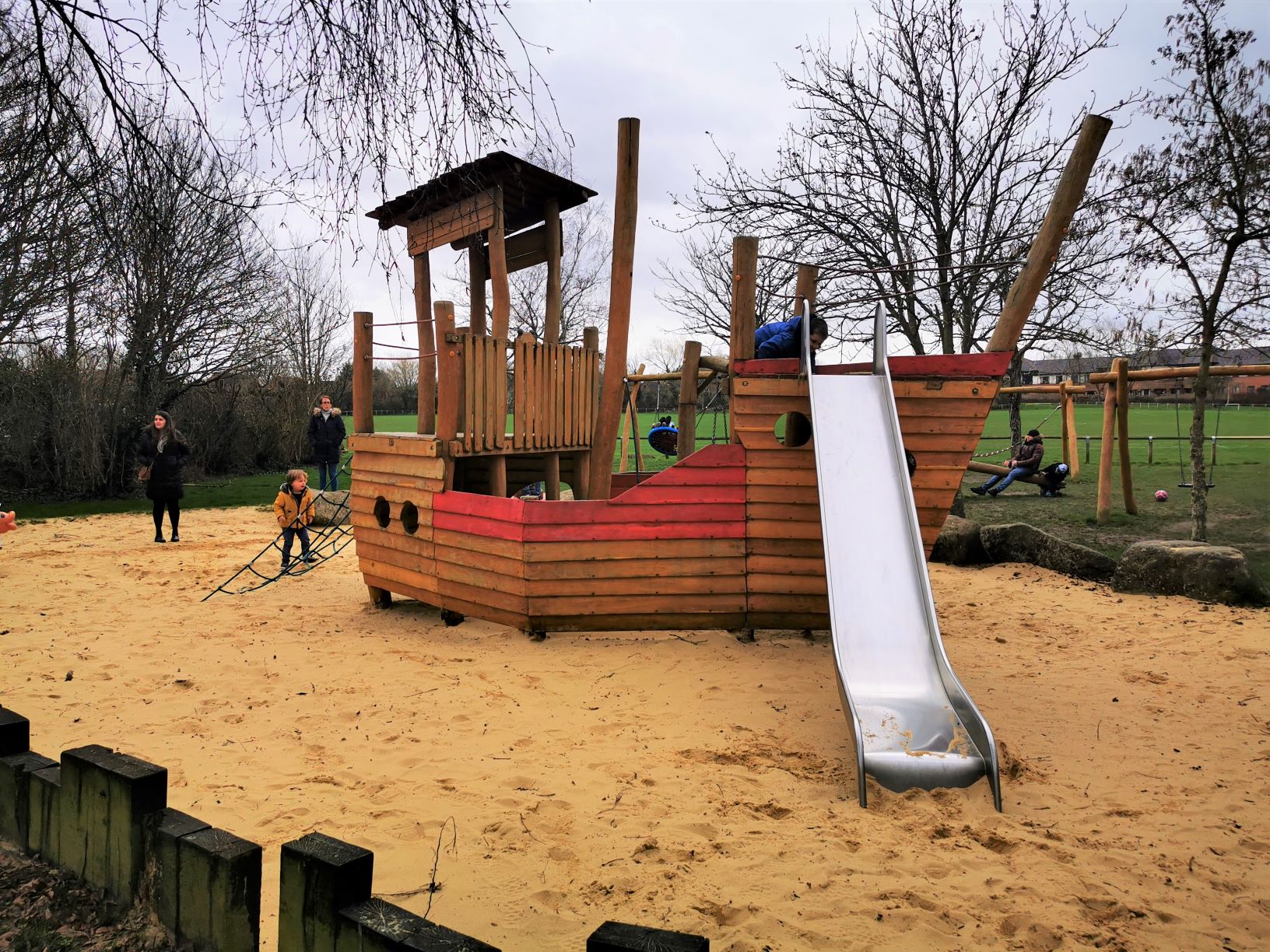 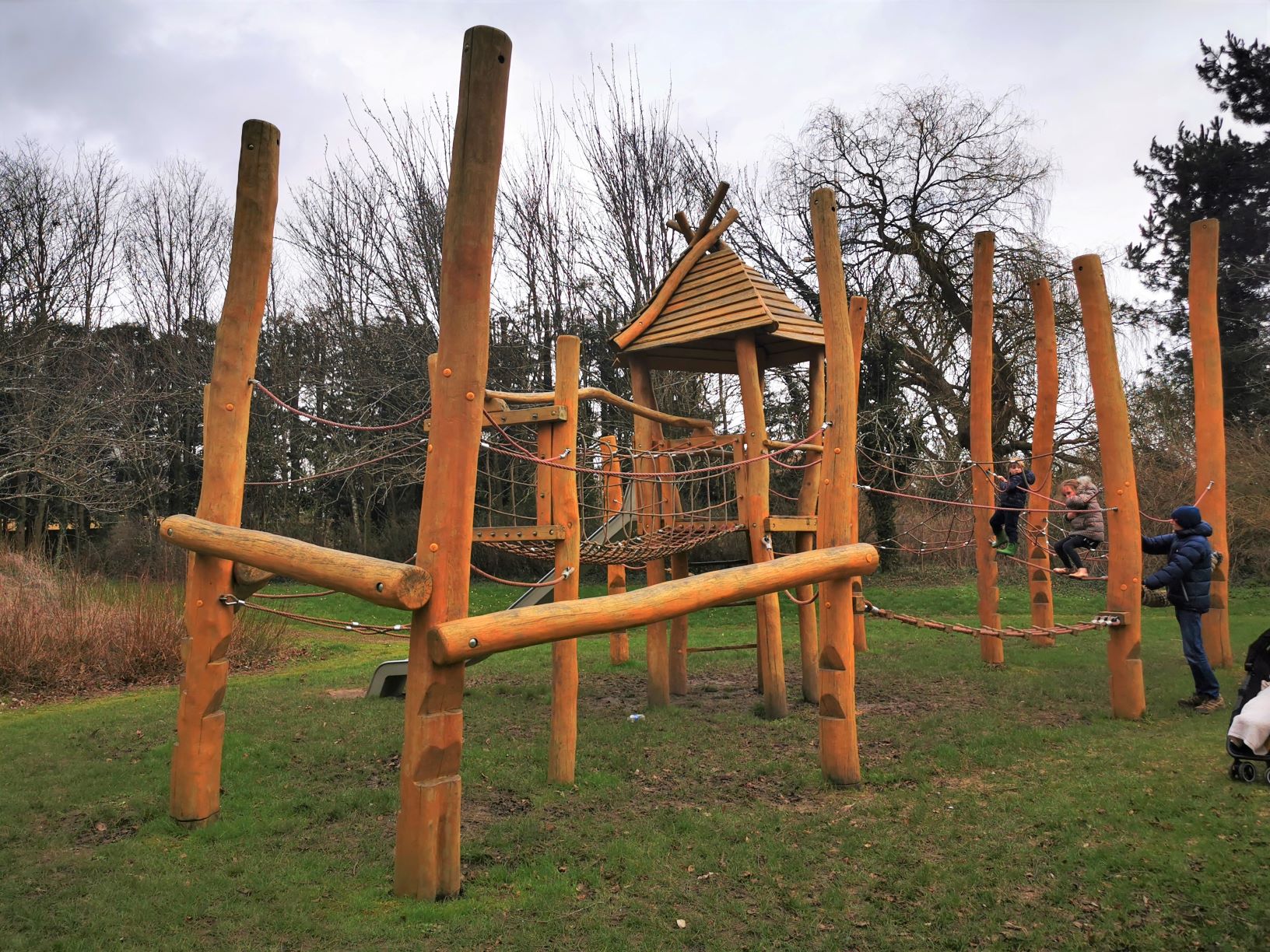 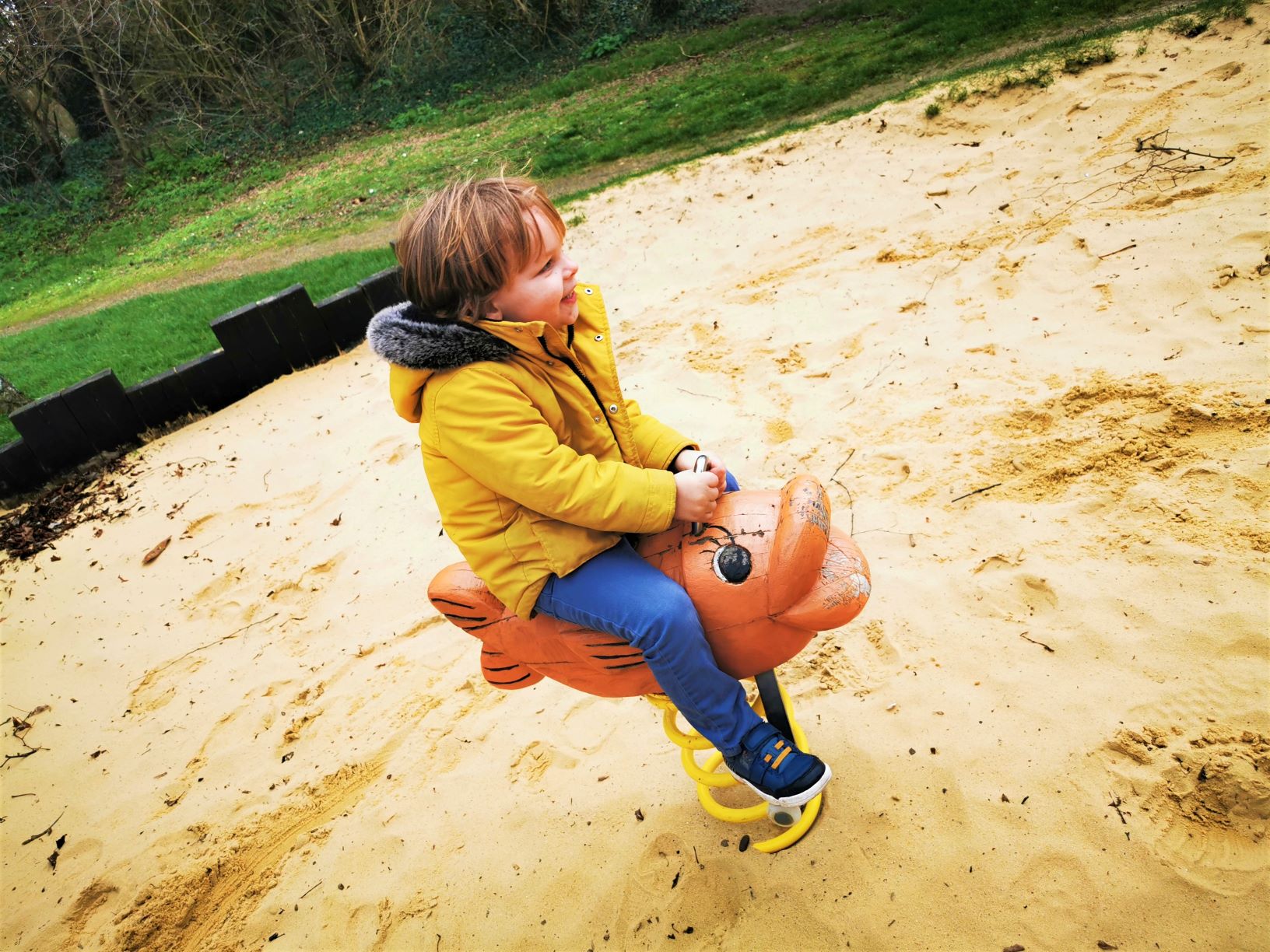 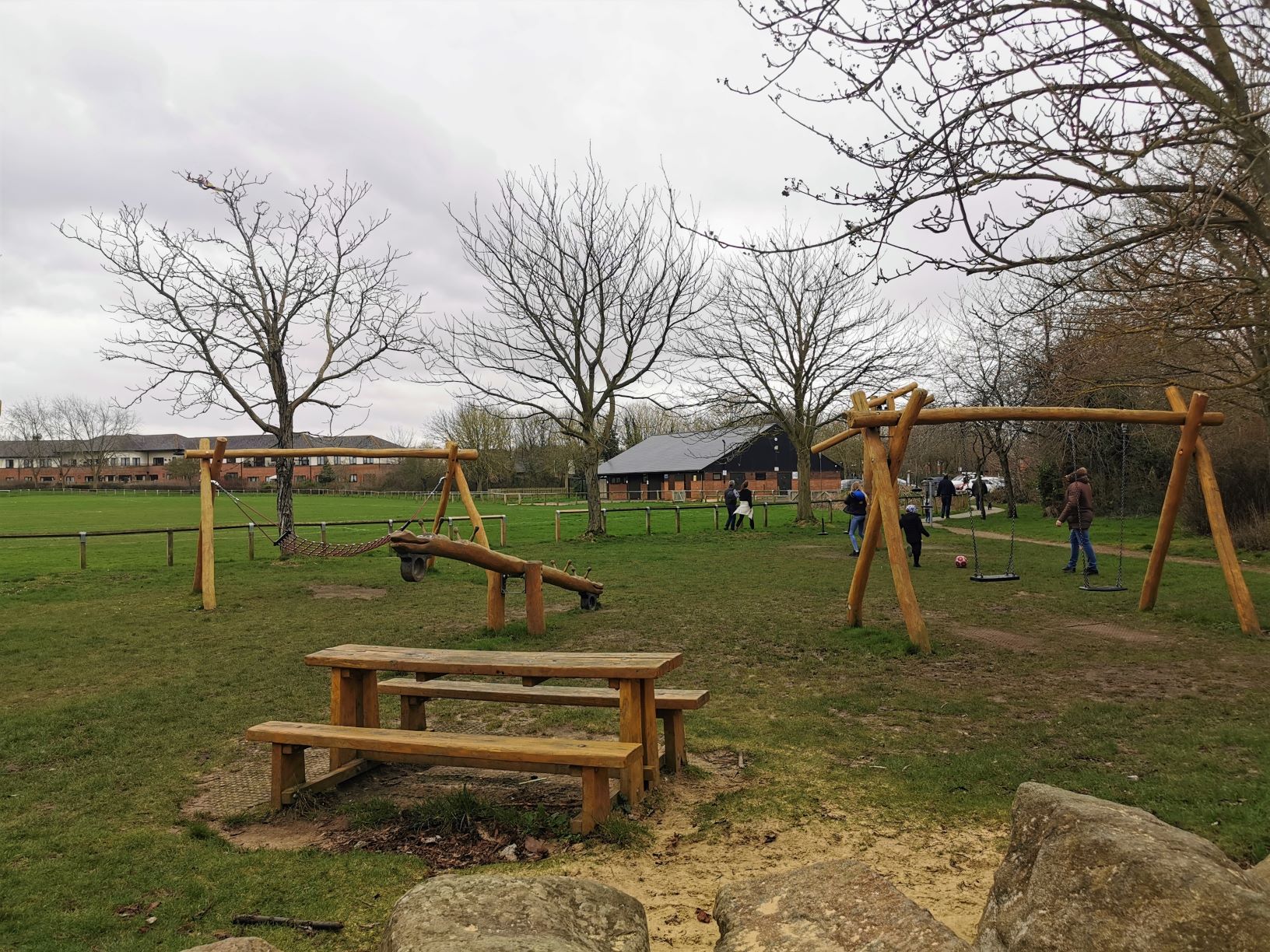 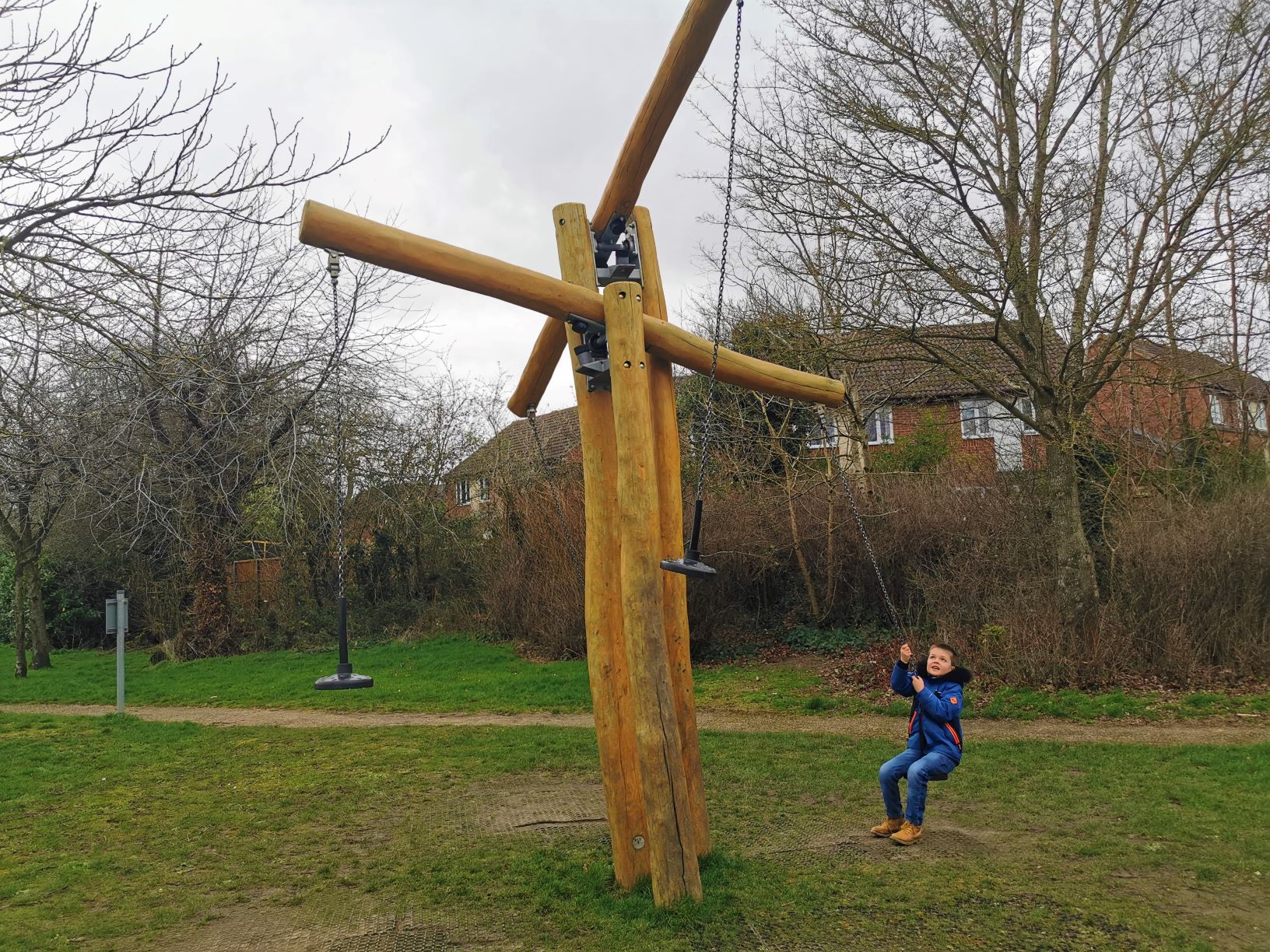 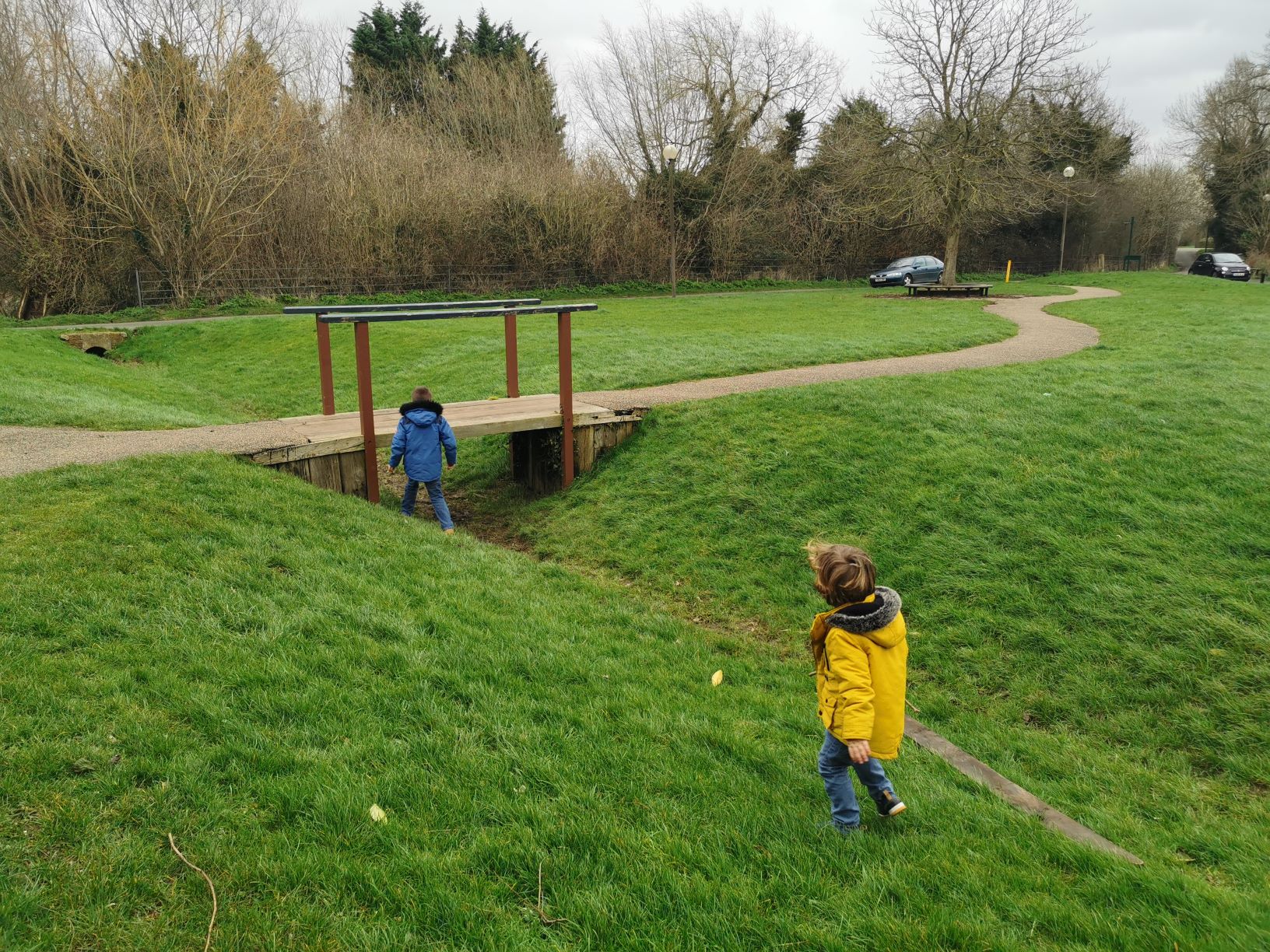 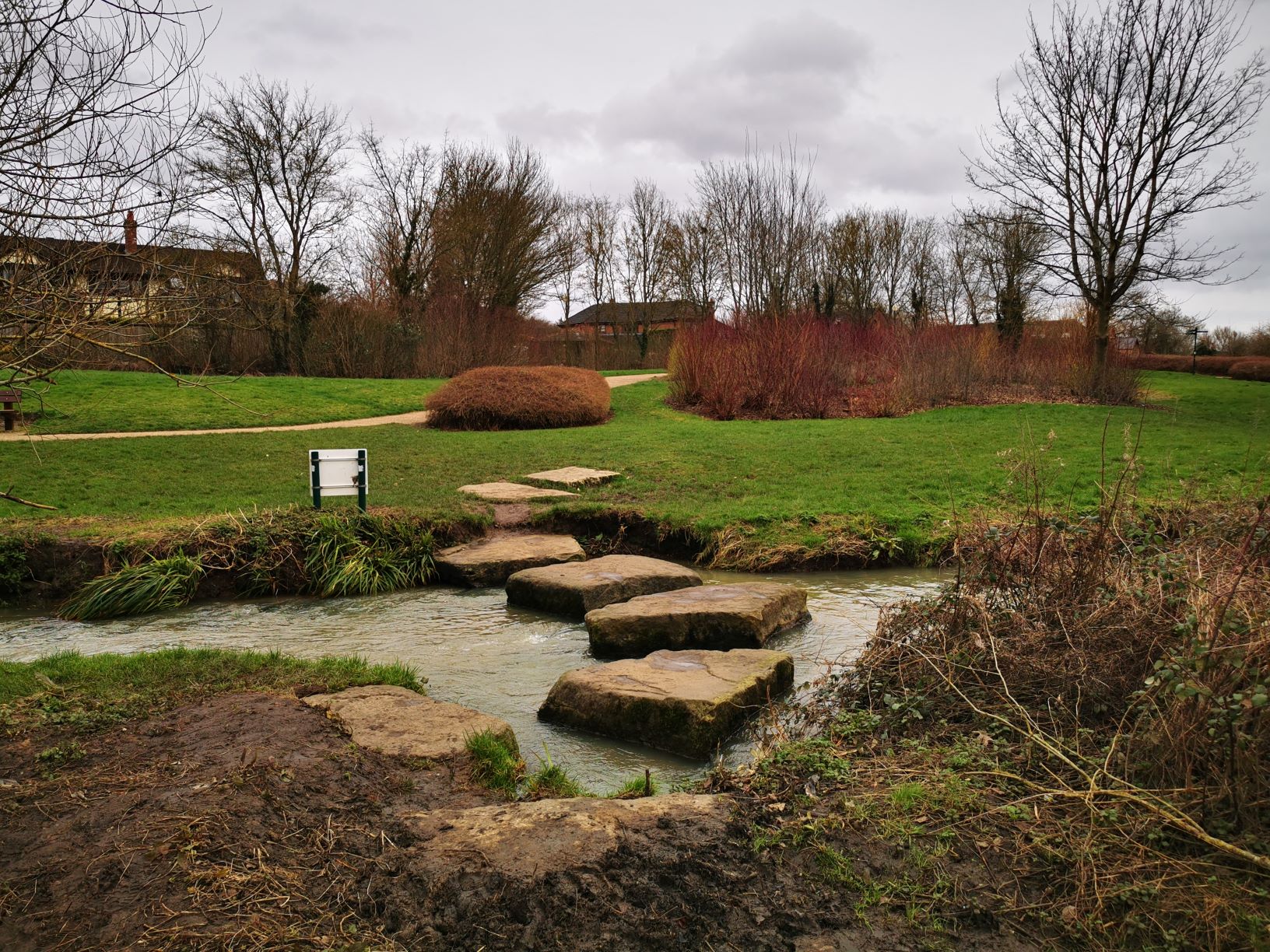 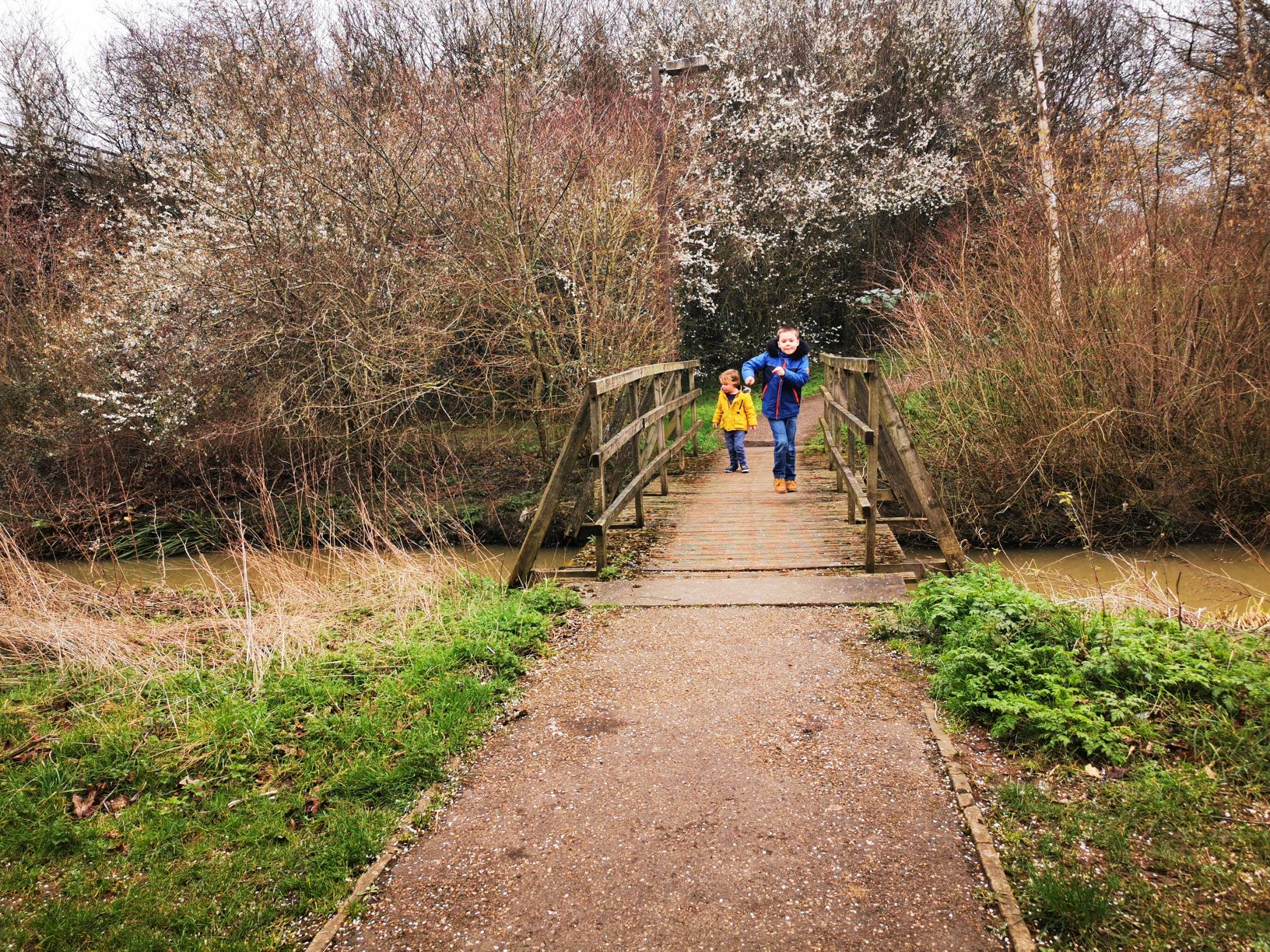 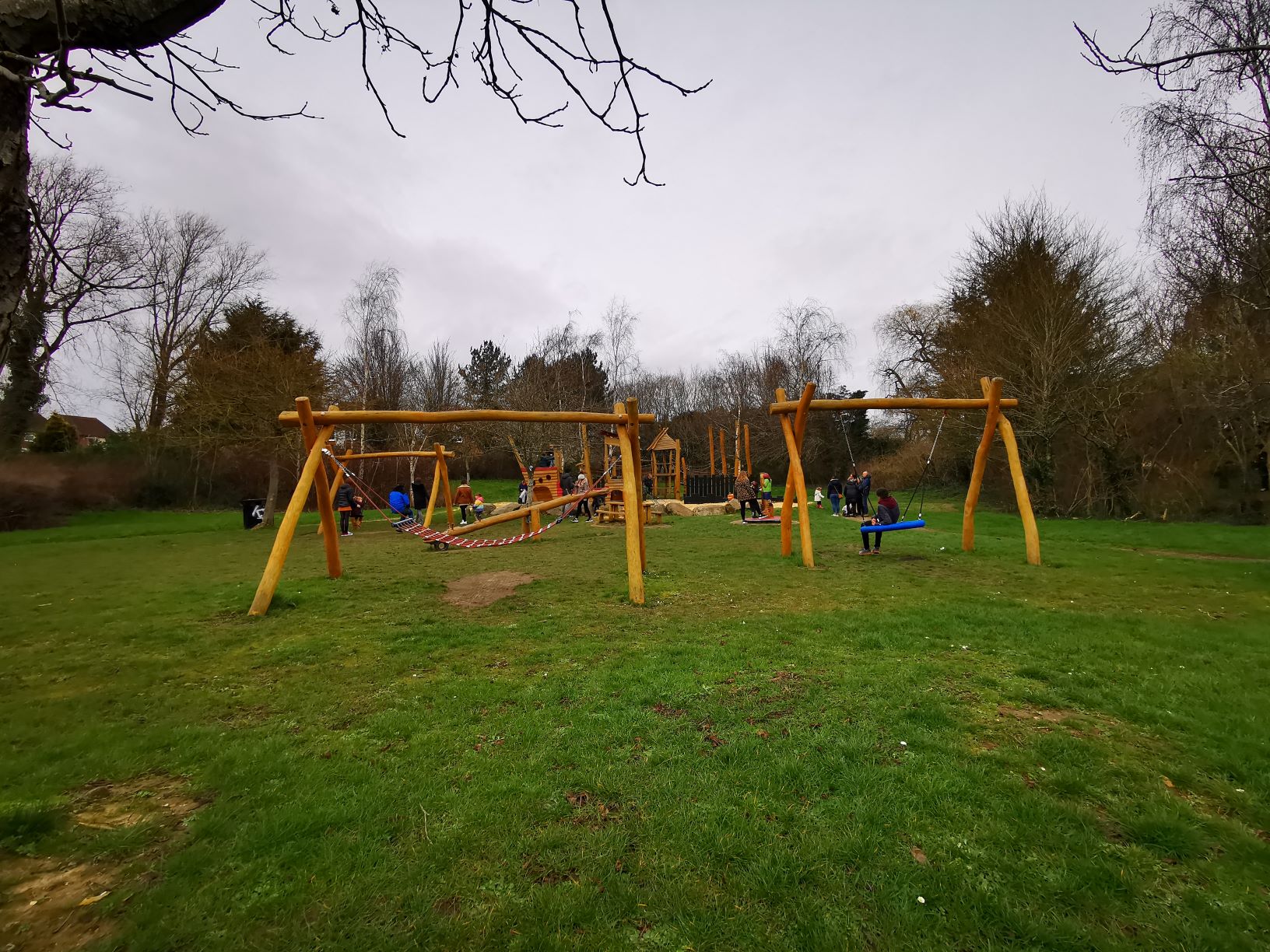 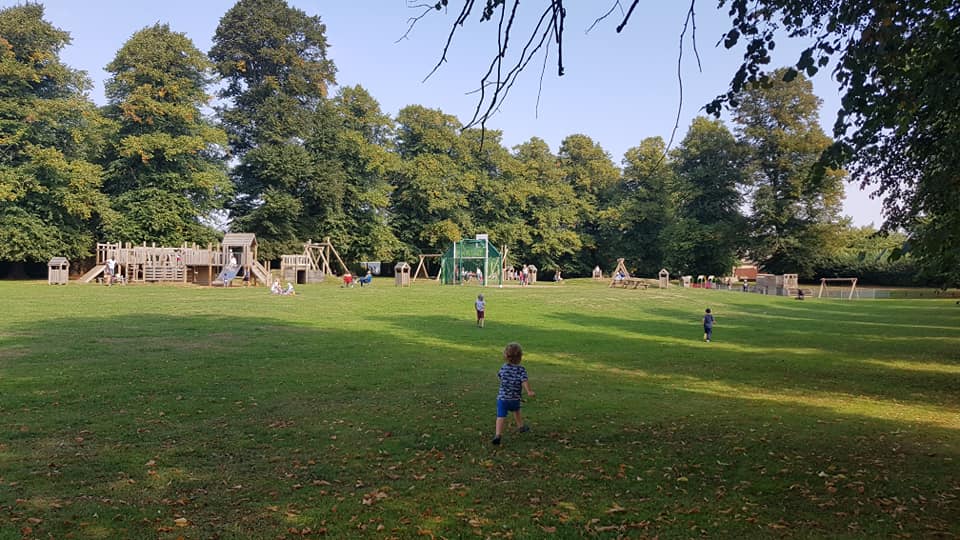 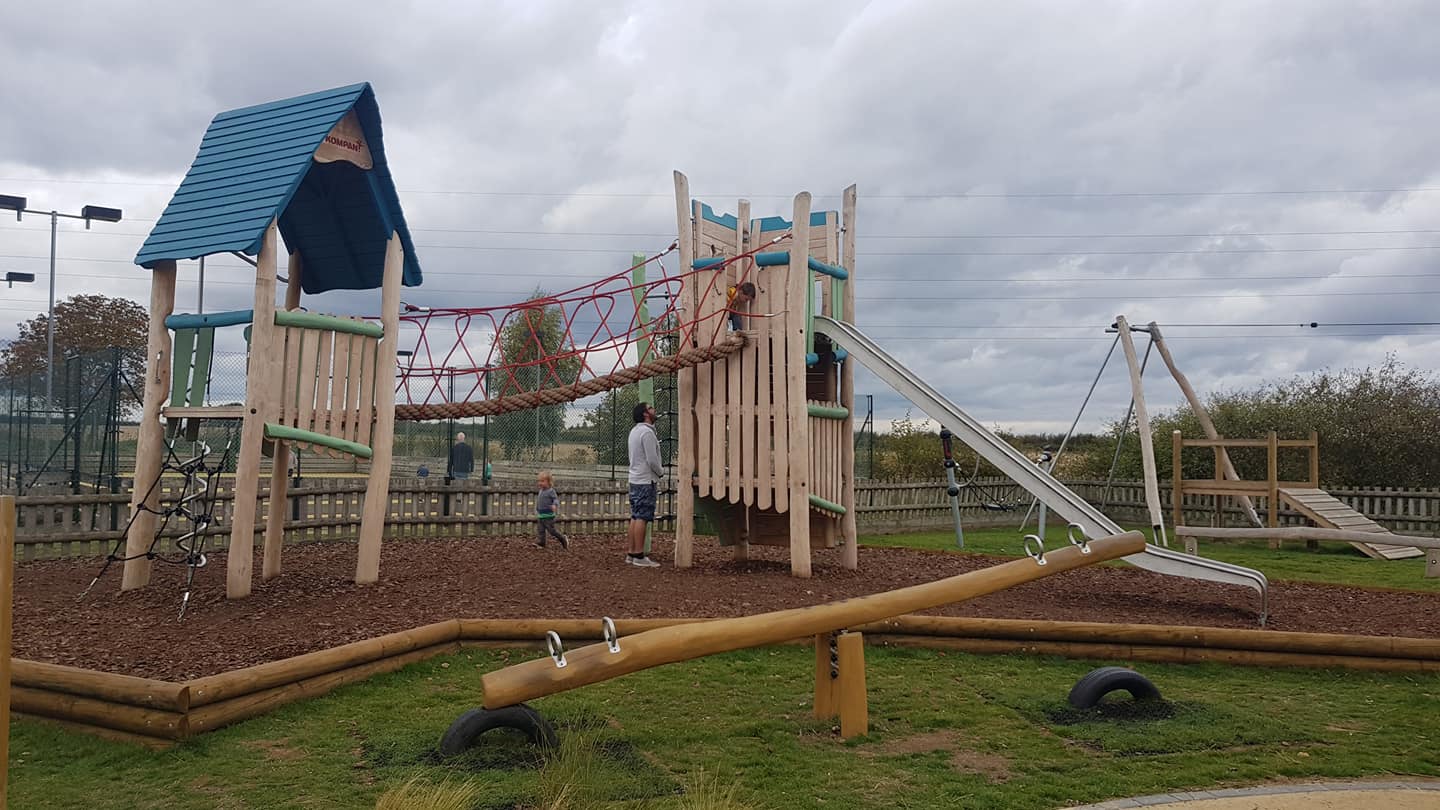 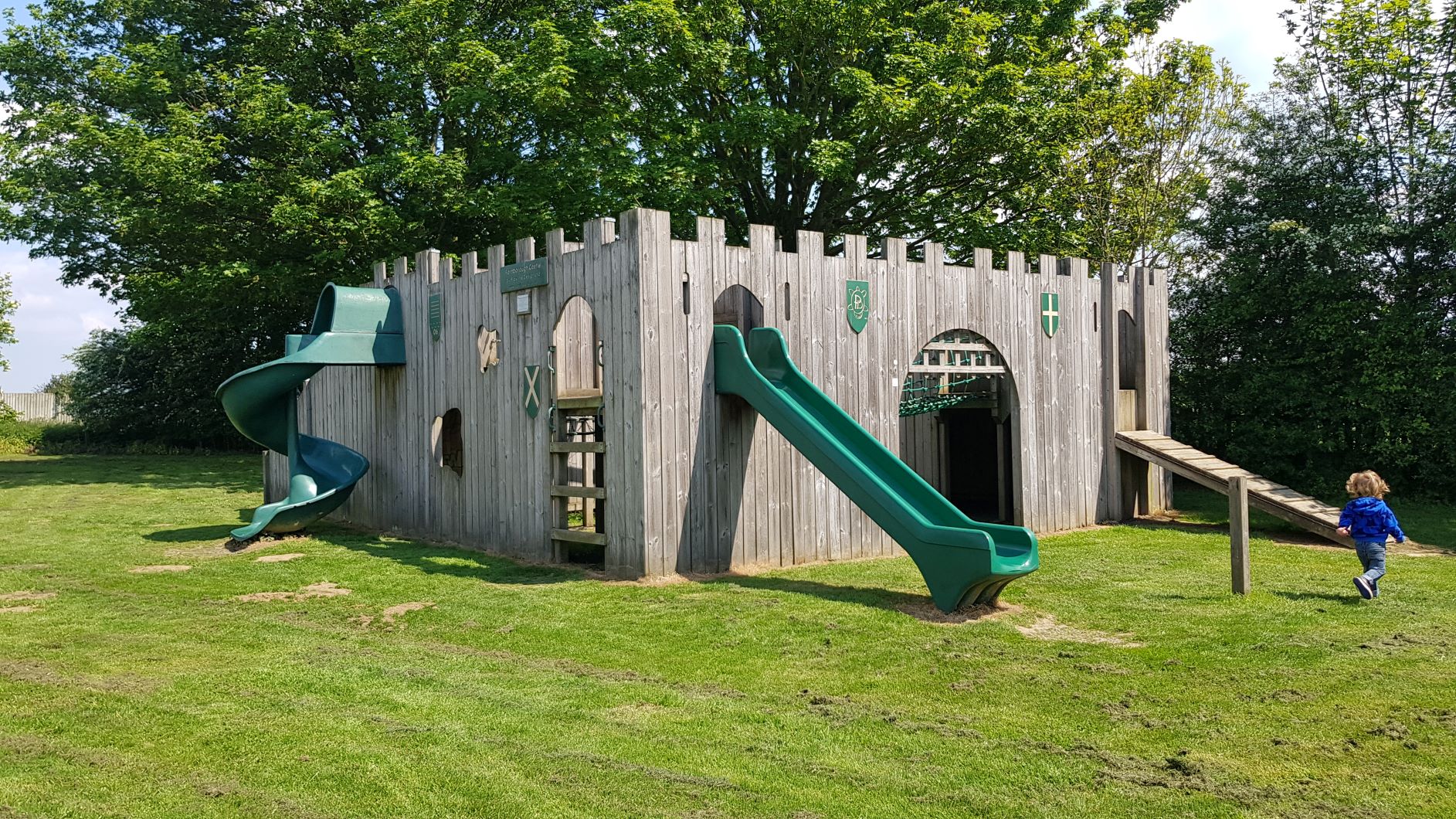