Clark got to bring Tufty the bear home from Martial arts class last week (just after I’d been slagging the bear off too) They all take it in turns to bring him home and take him places. Which is fine we go places and stuff. However we had to write in the Diary which of course I left until half hour before we went to Martial arts this morning.

I was in a bit of a crap mood this morning so I wrote a light hearted diary entry hoping to cheer up the next mum or dad that had to bring the bloody thing home.

Upon handling tufty in with his diary I showed my friend who then laughed and said they do read them out you know?!?!?!

No I abso-fucking-lutely did not know that! Why? Because I sit outside the hall and watch from a distance. That’s not me being mean. Clark concentrates way better when I’m not in the room with him.

At this point I start to panic. Then doubt kicks in. Nahhh he won’t read it. Then if he does read it he’ll skim read it and decide not to.

As time went on I soon forgot as I got lost in the conversation of catching vomit and my friend nearly shitting herself because she ate a none gluten free slice of fruit loaf.

Then it happened…all went quiet and he started to read it out!!!! I know this because my friend who often throws up if she eats anything other than dust started pointing and laughing at me at the same time as telling everyone else outside the hall what was happening! Cheers mate! Who needs enemies and all that! Good job there was no bus in sight she’d have launched me right under it!!

I then went bright red and tried to hide behind a pillar. Not that that helped because I’ve eaten too many pies. I’d need a sky scraper to hide my arse at the moment!

Luckily I didn’t add any swearing to the diary entry. That’ll make the new wave of miserable twats happy that keep moaning about my bad language. (Oh while I’m on the subject, off you fuck)

I wasn’t going to add the photos but I was told I should because its funny. So here you have it if you want to have a nose. I apologise for my awful scrawl but as someone so kindly pointed out earlier. My swearing must mean I’m uneducated so it’s no surprise really. 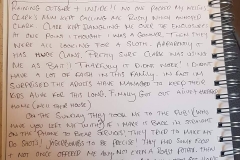 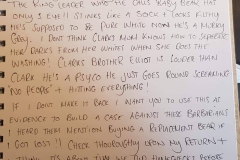 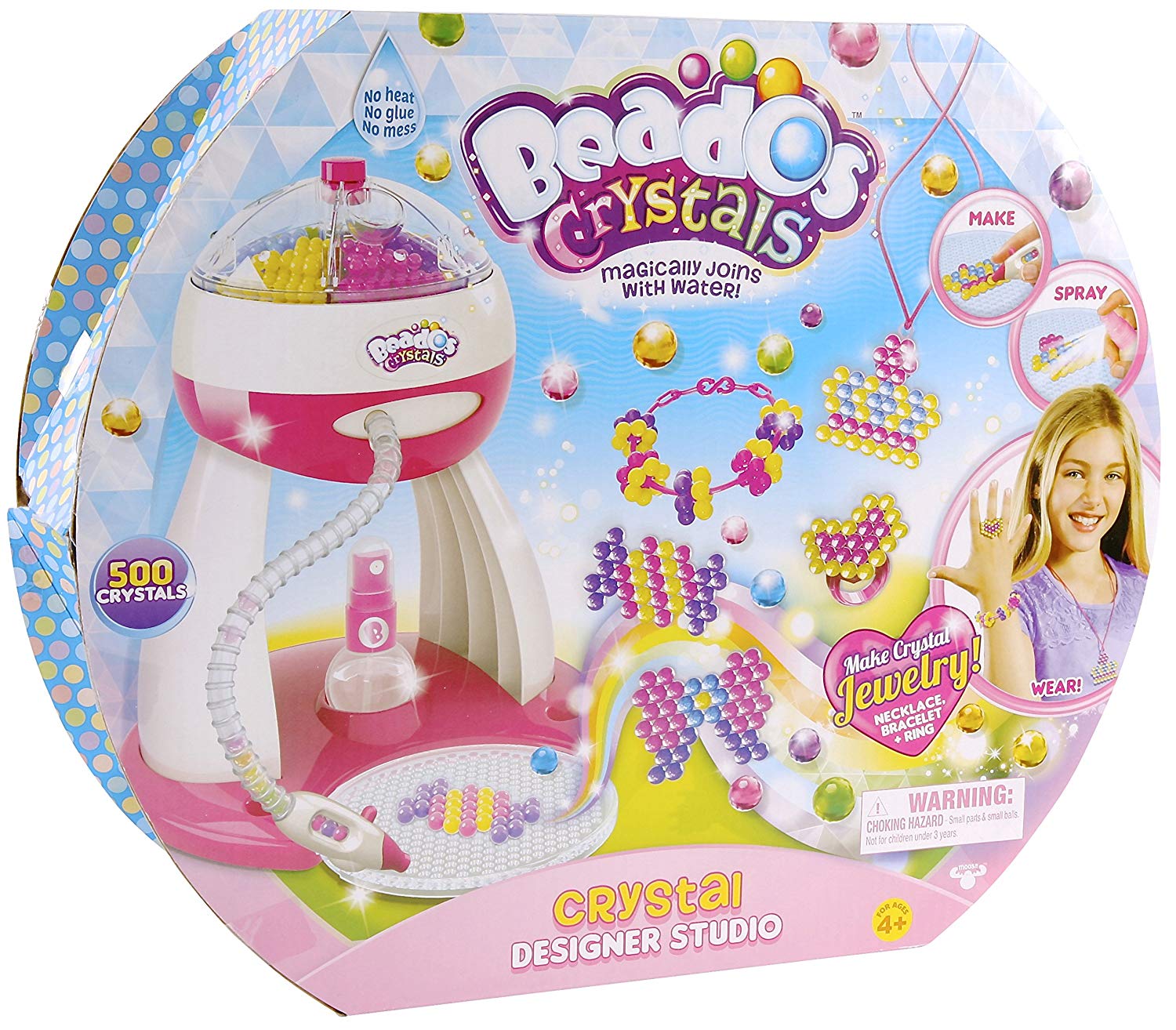