Parsonage moor nature reserve is one of 3 reserves we’ve visited in the stunning Dry Sandford. This whole area had ended up being our go to area since the lockdown. There’s so much to see and do. 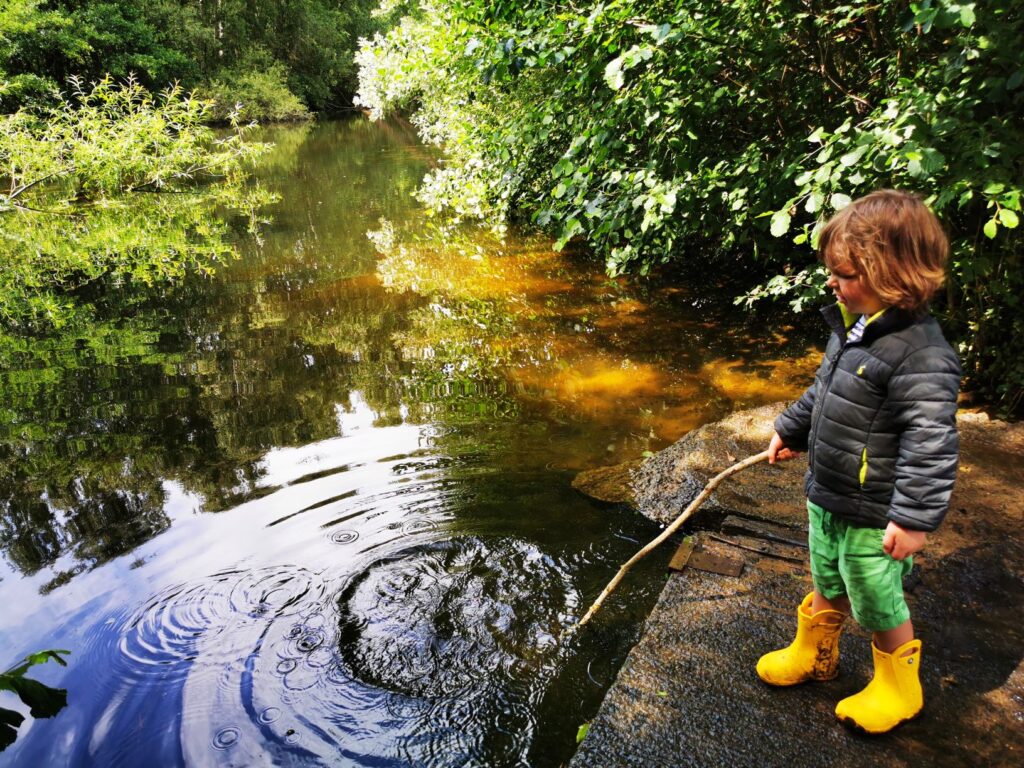 You will all know by now my love for Dry Sandford pit nature reserve. If you have read my other reviews you will also know there are 3 nature reserves within a short distance of each other. Parsonage moor nature reserve is the last one for us to visit after Lashford lane fen last week.

Well Parsonage moor didn’t let us down. It was in fact mummy and her shite sense of direction and inability to follow a sign that well and truly pissed off the kids. On what should have been a short walk for them. I still had a cracking time though! 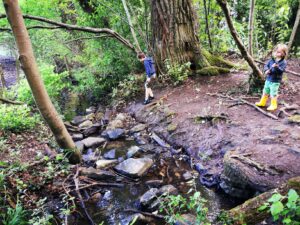 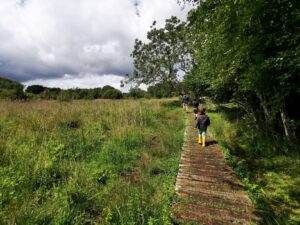 Parsonage moor nature reserve is more or less opposite Dry Sandford pit. The entrance is slap bang opposite the pub. Cross over and the entrance is at the back of the private car park. There’s a wide path through the trees which was great for the kids to run around, climbing and sliding over everything they could.

I’m not really sure where that path leads to if you carry on. After a short walk we came across the entrance to the nature reserve so we headed in. Much like the other nature reserves in the area there was a wooden walkway which we find pretty cool. It also makes it nice and accessible for prams and wheelchairs too.

This nature reserve is a lot more open to start with than the other two and in some ways resembles Shreks swamp. If you’re lucky like us you will be able to see the free roaming ponies. We didn’t get very close but close enough to get a good view.

It was round about here that it started to go a bit tits up. Its not very clear where the walk goes next. We headed through the gate at the end of the walk way then kinda winged it from there. This is where we saw the return of the Raptor grass (Jurassic park reference) which we all find hilarious and very soggy. 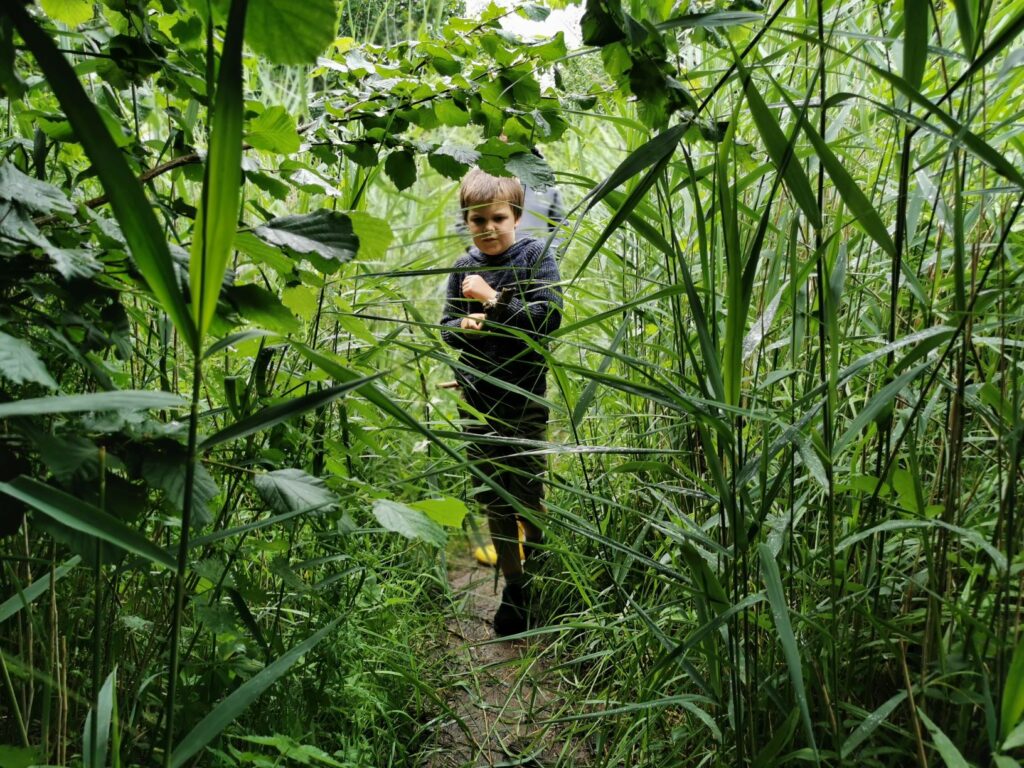 We followed the narrow but well trodden path but here’s a little tip. Long trousers and shoes that don’t leak. We carried on through the grass didn’t see a single sign and eventually ended up at an opening. Here was a really misplaced creepy but equally as cool pine forest.

Not going to lie they all looked kinda dead or at least on their was out. It must have been planted as they were in perfect straight lines. The floor was so soft it really was a carpet of needles. Not even Elliot could fall over here and hurt himself.

Right so you’re facing the creepy pine forest turn right to head back (Apparently). Basically the exact opposite of what I did. We carried on round to the field and walked along it in search of this pond I could see on google maps. It was really secluded and doesn’t look like a lot of people venture up that way.

We had a little mooch and a play then carried on. We should have headed back according to the husbeast but I was having fun. As we were walking the husbeast told us to stop moving. First thoughts? a wild dog or something was ready to attack us. Nope there were hundreds of tiny froglets all over the floor. I really hoped we hadn’t killed any before we noticed. 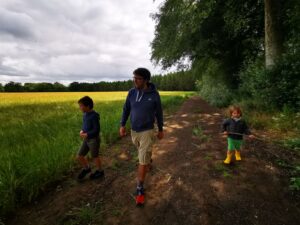 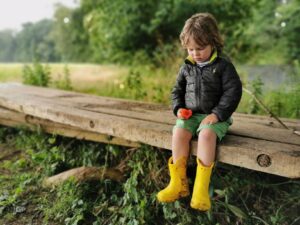 The boys were fascinated and managed to gently hold a couple before we moved on (Carefully). The pond runs along side most of the field however its really overgrown. I manged to find a clearing to have a look and that when I saw a flash of blue and orange. A KINGFISHER!! I was well chuffed I hadn’t seen one for years (Little did i know that I’d see another one the very next day too)

The boys were getting hangry and pissed off by this point we had been walking for ages Me and the husbeast were trying to find a route back using google maps. Didn’t work we got to the end and made a left following a footpath finally. It started pissing it down so we hid under a tree and shoved a yoyo in their gobs (the food not the toy)

We really should have headed back but no we had the great idea of trying to loop round the other side of the pond/lake. Do. Not. Do. This. We ended up in a field covered in stingers with the opening to the next field inaccessible.

This resulted in us lifting the kids over the fence (Barbed wire) me just going for it and getting stung to shit. The husbeast on the other hand was wearing shorts do decided to try and hop it resulting in him getting stuck. Leg on either side and barbed wire threatening to rip out his balls (something I have threatened to do to him myself on several occasions). It was hilarious. Elliot was crying and punching his leg by now because he got stung by a stinger too. 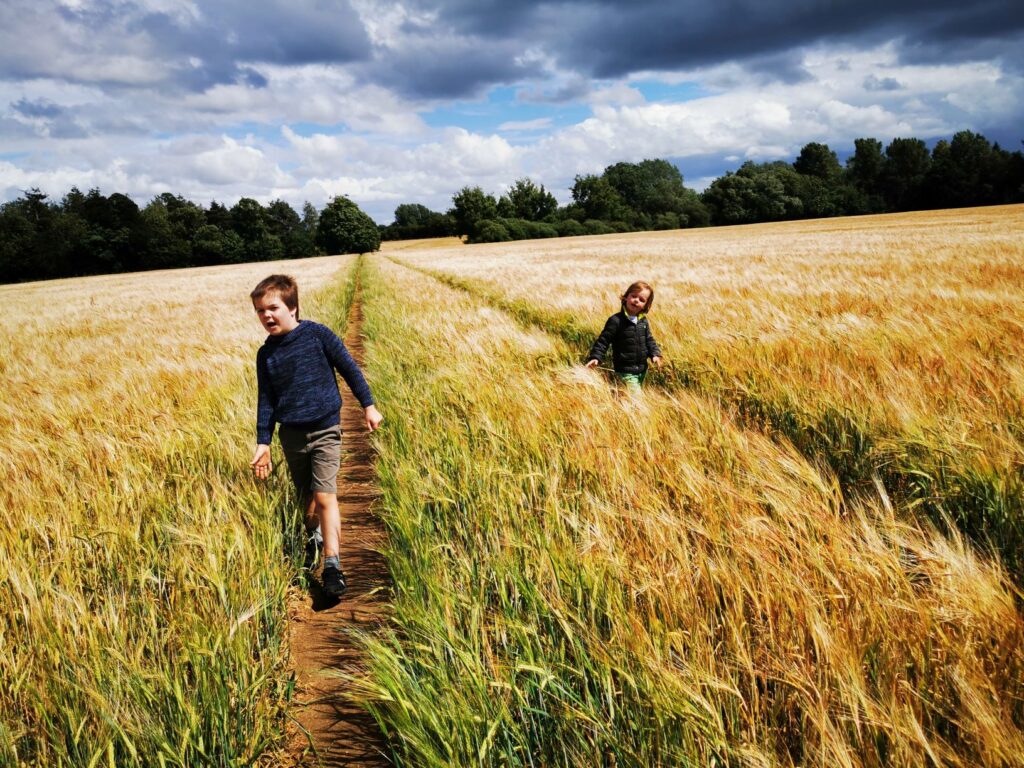 We realised pretty quickly that we had somehow managed to wander off the foot path so we headed back to the last sign we saw. This is where the hubeast sent us on our way across the middle of the field (Footpath) while he headed back for the car to hopefully come and pick us up on the other side.

The kids had fun running through the fields. They seemed to forget that I had gotten us lost into the arse end of nowhere. We finally made it to the end and it was on that road with the roundabout you turn on to get to Millets. We didn’t have to wait long until our night in a shining Mondeo came to our rescue. Then buggering back off home not knowing if we saw even half of Parsonage moor nature reserve or not. Well I had fun anyway.

Ok so the husband nearly became a eunuch. Elliot got stung to shit, I got stung to shit and Clark was pissed off from all the walking and his mothers sense of direction or lack of it. I manged to see and king fisher and hold a teeny tiny frog though so I’m seeing it as a win even if they aren’t 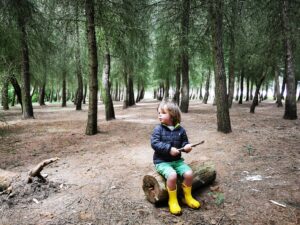 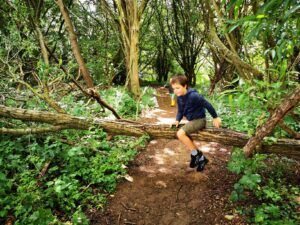 I’m not really sure if i’m in a position to recommend the nature reserve or not because i don’t even know if we saw it all. What I will say though is if you’re in the area or maybe visiting one of the others then you should pop in and have a look for yourselves.

Even though all 3 nature reserves are so close Parsonage moor nature reserve is totally different so its well worth having a look. The horses were a lovely touch too and again we love the wooden walkways.

For more days out check out the map HERE 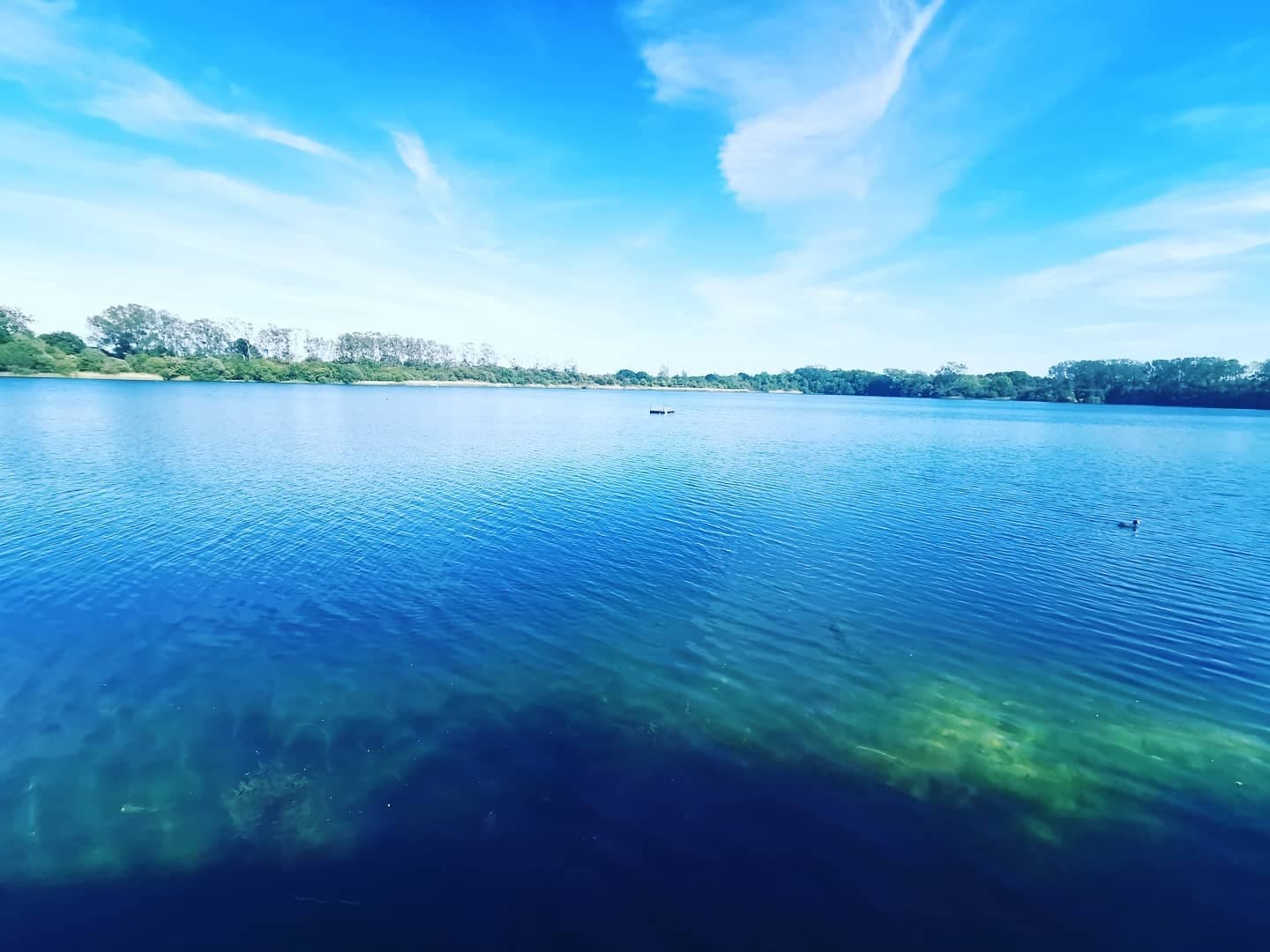 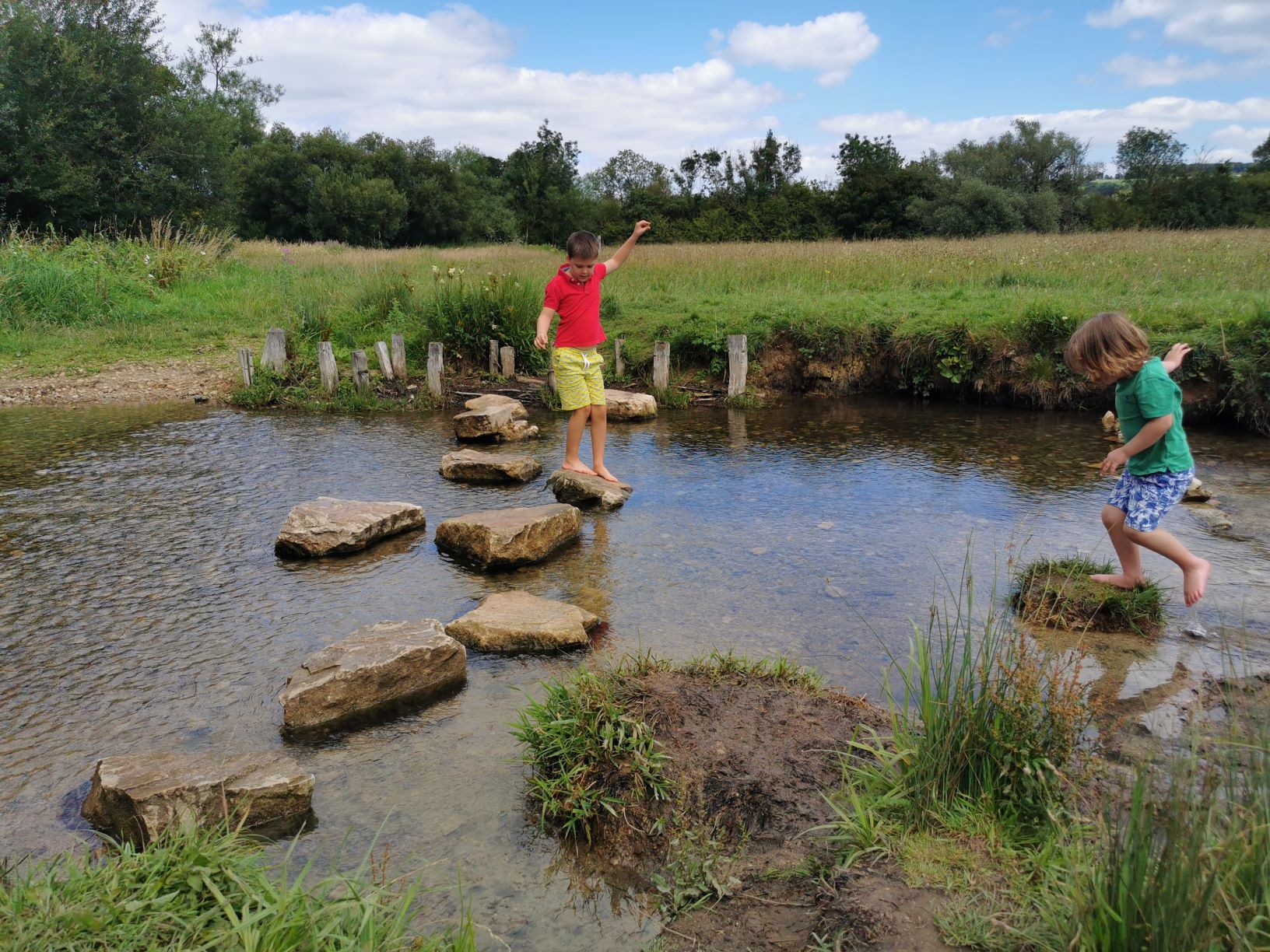 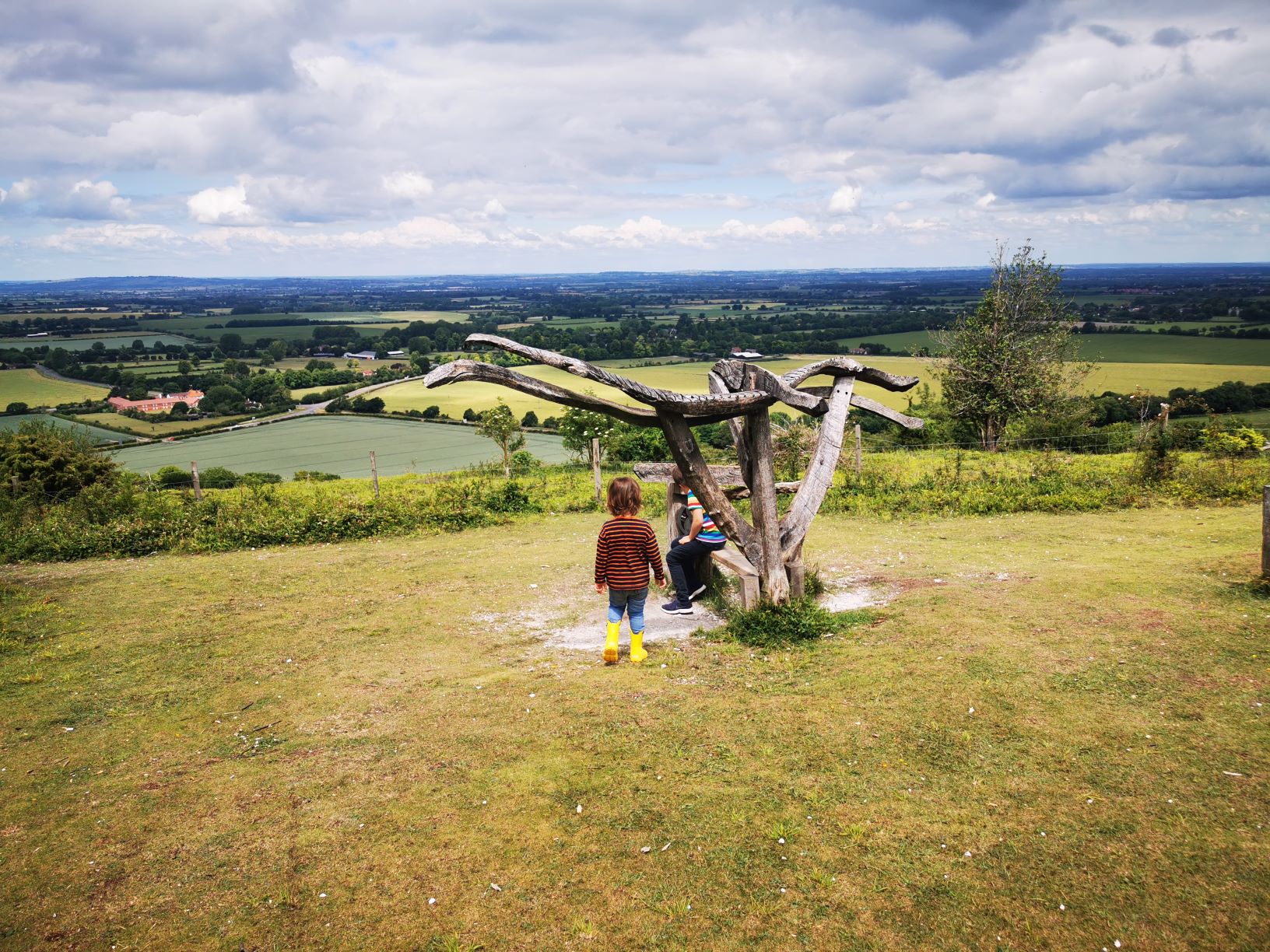 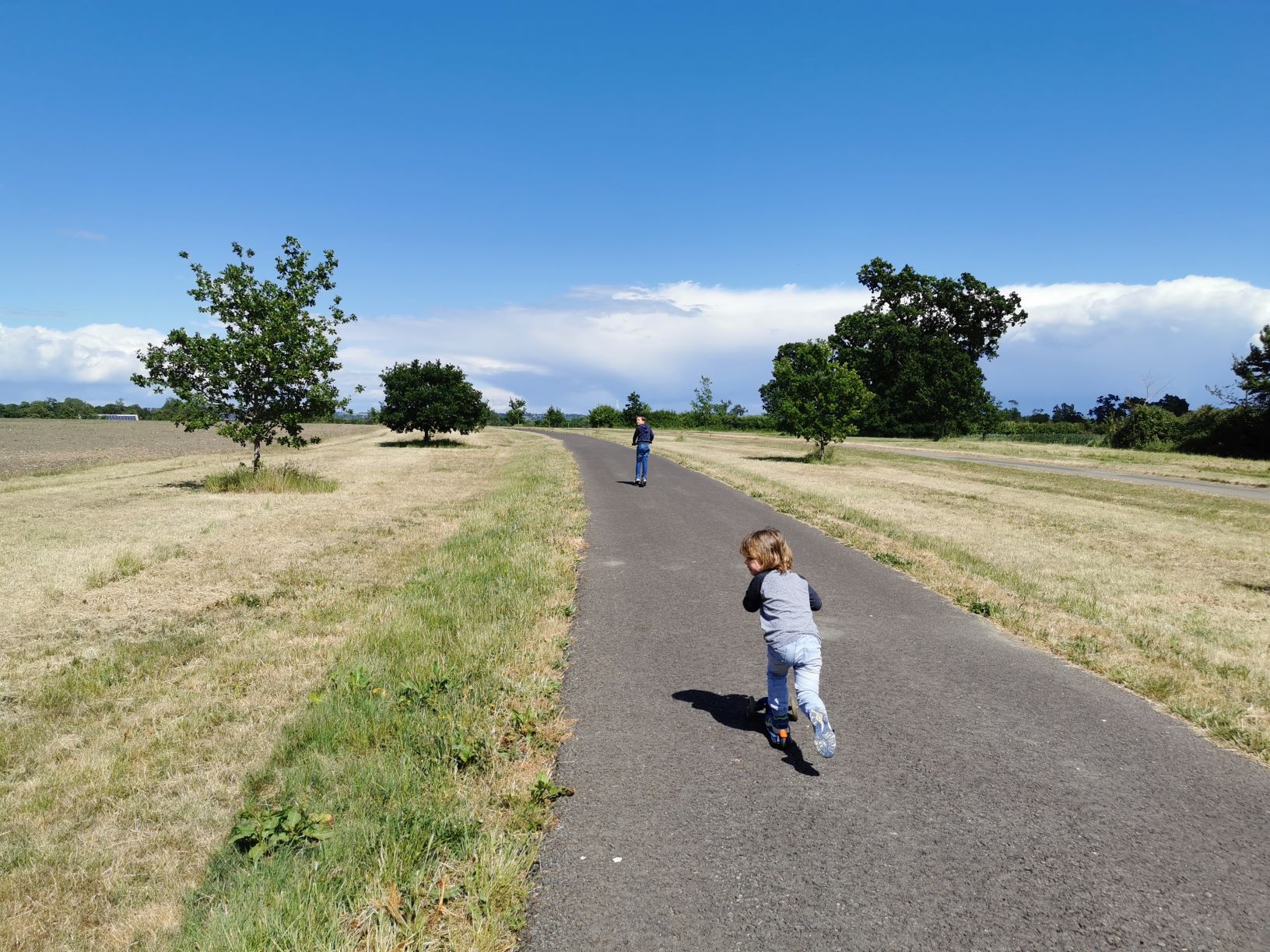