I’ve been promising Clark for months to go back here. They both love it but if im honest i couldn’t be arsed. More so with Elliot because i spend most of my time running round after him making sure he doesn’t die or kill anyone. We’ve all heard the horror stories about trampoline parks and unfortunately some have experienced them first hand. We haven’t had anything too bad…..Yet. It seems nearly everything in life has been made to apparently kill a small person if we don’t watch them closely enough. So of course the more fun a kid can have i can guarantee the higher the risk. I’m a kiss it better, slap on the back and crack on with it kind of parent, Daddy on the other hand is a safety boy (Clarks actual words) if you see my kids walking round Sainsbury with crash helmets on its probably because they’re shopping with daddy and hes worried they’ll hit their heads on a peach or something.

If you’re safety conscious do. Not. come. here. Despite all the risk assessments under the sun and the fact that nearly everything to touch is either soft or bouncy someone somewhere will end up hurt. Its a game of Russian roulette to decide how hurt you’ll end up Broken face? Whiplash? stubbed toe? god knows.

Clark had a good morning drop off at school thanks to my bribe so unluckily for me i had to stick to my promise and take him here. I was knackered thanks to my husbands snoring fat, drunk arse keeping me up all night! it was his birthday the night before. I was nice enough to wait until 12.01am before i gave him the five finger death punched in the throat so i could get some sleep.

While he was at school i thought i’d book him in online…big mistake! that website is a pile of bollocks seriously its harder navigating your way through the booking system that it’d be navigating your way to the north Fricking pole! I soon gave up and called. Glad i did i spoke to a nice lady who told me to go for the after school club. This is funnily enough a session for kids after school. Its a 1 hour bounce followed by 2 slices of pizza and squash for £8.50. Pretty good deal considering to go for just a normal bounce its £11! nearly shit a brick when she told me how much it was normally. We’ve only ever been to the toddler bounce sessions before which is around £6.50ish

If you’ve got lots of kids you best pop to the bank to take out a loan before you book. Or you could just buy a giant trampoline for your garden and go to Tenerife with the change. I Was ready to go in here and hate the place. How wrong was i…..

Walked in was served straight away by the most informative lady we’ve come across in there. Seriously helpful and chatty. I was going to ditch Clark and head up to the cafe and watch from a distance. Mostly because i didn’t want to pay for me to go on. I wasn’t bothered with bouncing i just wanted to keep an eye. I will say i’m still not very clear on pricing. It all seems a bit complicated so i never know if were allowed on because sometimes i’ve been told we can and other times we’ve been told we can’t……then i saw a sign about supervising adults pay £2 for socks and grab a red band. I took my shoes off kept my own socks on and waltzed straight in. No one checked, think they could tell by my physique that i’m not the type to over use their facilities.

There’s a space to put your belongings before the debrief zone either in the big ikea unit for free or you can pay £2 deposit to use the worlds smallest locker. You better hope you haven’t got big old clown feet if you want to use those. Debrief zone is a safety video like they show you before you take off on a flight. The one everyone has to pretend to watch, completely ignore it then spend the whole time doing everything the video told you not to.

Let the games begin we’re in. Me with my odd socks (pretty sure only one was clean the other was kicking out a pong) now if you haven’t bounced before i shit you not it bloody fun but holy crap its flipping knackering. Don’t rock up in a hoody and your thermals even if it’s snowing outside. Play it safe wear your hot pants and crop tops, men too, we’re all gender natural here no discrimination hahaha if you do send me a photo.

Everything was open apart from the rock climbing walls but lets be honest no one gives a crap about them anyway and if you’ve come specifically for rock climbing you’re probably shit anyway because i’ve seen better rock climbing walls at the pringle field fair. However that area is great when it is open for little ones its just a small soft play area with a few toys etc to keep the babies occupied while the older kids have fun.

There is a big jump not a little jump but a butt clenchingly high jump onto a big pillow. I see all these kids jumping off so i think yeah i can do that….can i fuck, walked to the top take one look, casually stroll back down again. Clark on the other hand, boom straight up and over. Now the previous times hes done this hes nearly died by impaling his face onto his knee. Teach your kids how to jump so this doesn’t happen it looks painful!

He bounced around, watched some older guy do some awesome jumping and tumbling, tried to copy him fell on his arse and gave up. We then realised the spinny face twatter was on and this has never been on any of the other times we’ve visited. O.M.G its hilarious! absolute highlight of my day watching small children getting brutally taken out by the rotating spinners i’ve got an awesome gif of Clark getting twatted that we all watch over and over again. I was encouraging the member of staff controlling it to go faster to catch the kids out. Oh how we laughed! what an awesome job especially if you hate kids!

Clark bounced for the whole hour which i was shocked about because he was pooped. we packed up and moved upstairs for the pizza and drinks. Squash was free and as much as you like which isn’t bad i know its only squash but still. The pizza was pretty impressive as far as pizza goes. Clark loved it and wanted more. I gave him a slice of toast at home instead. Although its good kids have hollow legs and i didn’t want to spend anymore money. The cafes nice and clean, reasonably priced and great for the adults to sit back and chill while watching the kids from above. There are some toys in the cafe too which the kids love. ikea kitchen etc. seriously wondering whether they have built the park from ikea flat pack .

Bottom line, Its expensive, Full of kids (not busy when we went after school) has the occasional guy that thinks hes awesome and macho that you can laugh at when he falls over and looks like a dick, strange women who go in active wear but aren’t active and then normal people like me who don’t want to bounce too much because they just don’t have the energy and don’t want to give the flab yet another excuse to wobble. BUT its bloody fun and if your kid doesn’t die you’ll probably agree with me. Yes i recommend this place as a treat but if i’m honest i wouldn’t cry if we didn’t go again Clark probably would though. I would add the link but honestly don’t bother just call. There’s lots I’ve missed out but you’ll figure it out.

P.s parking shit not a lot on offer if you do find a space you must get a permit from inside.
P.ss they have a loyalty scheme that they keep quiet. When if you go so many times you get the next bounce free! 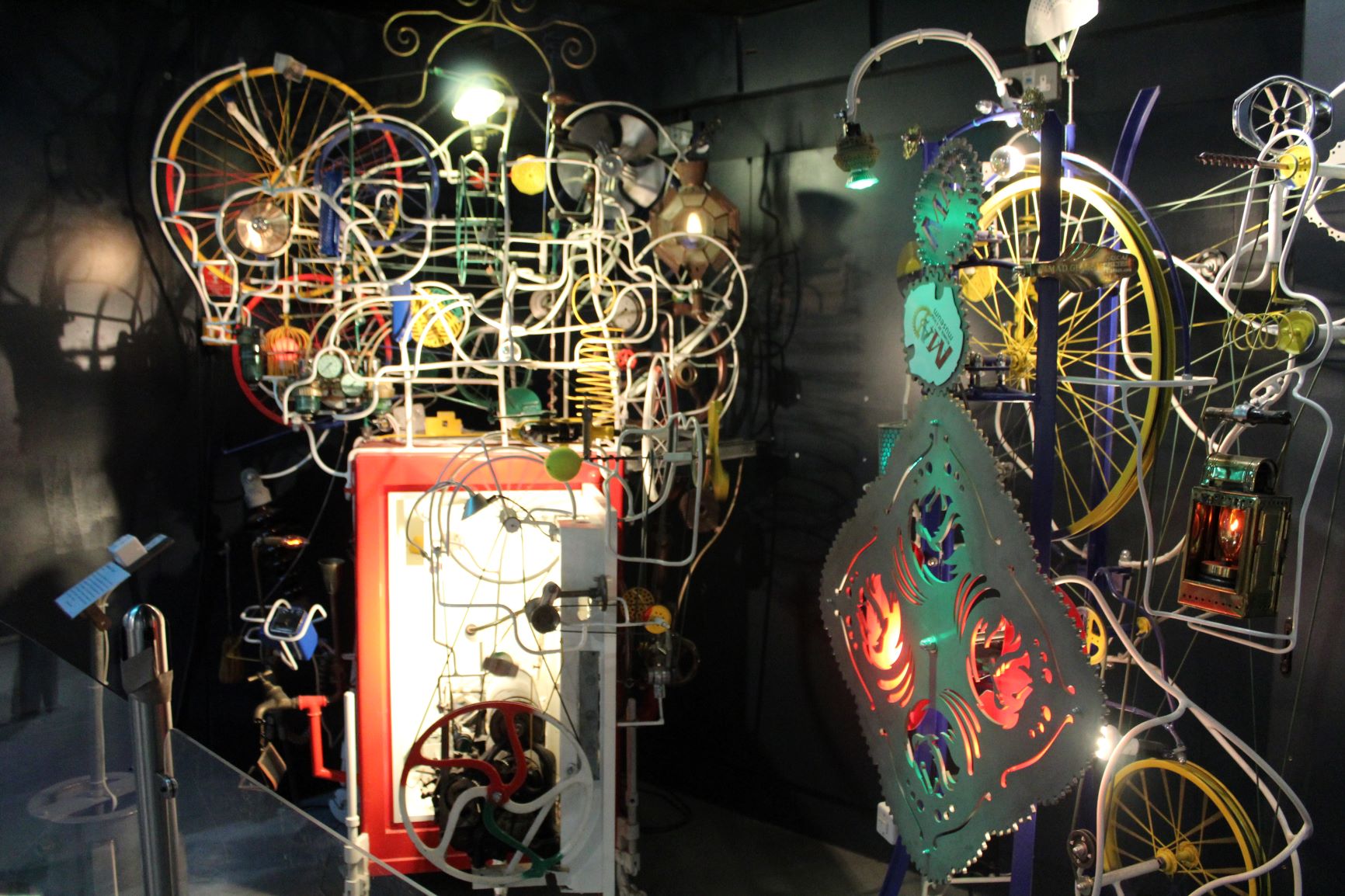 The MAD Museum Is Nuts! 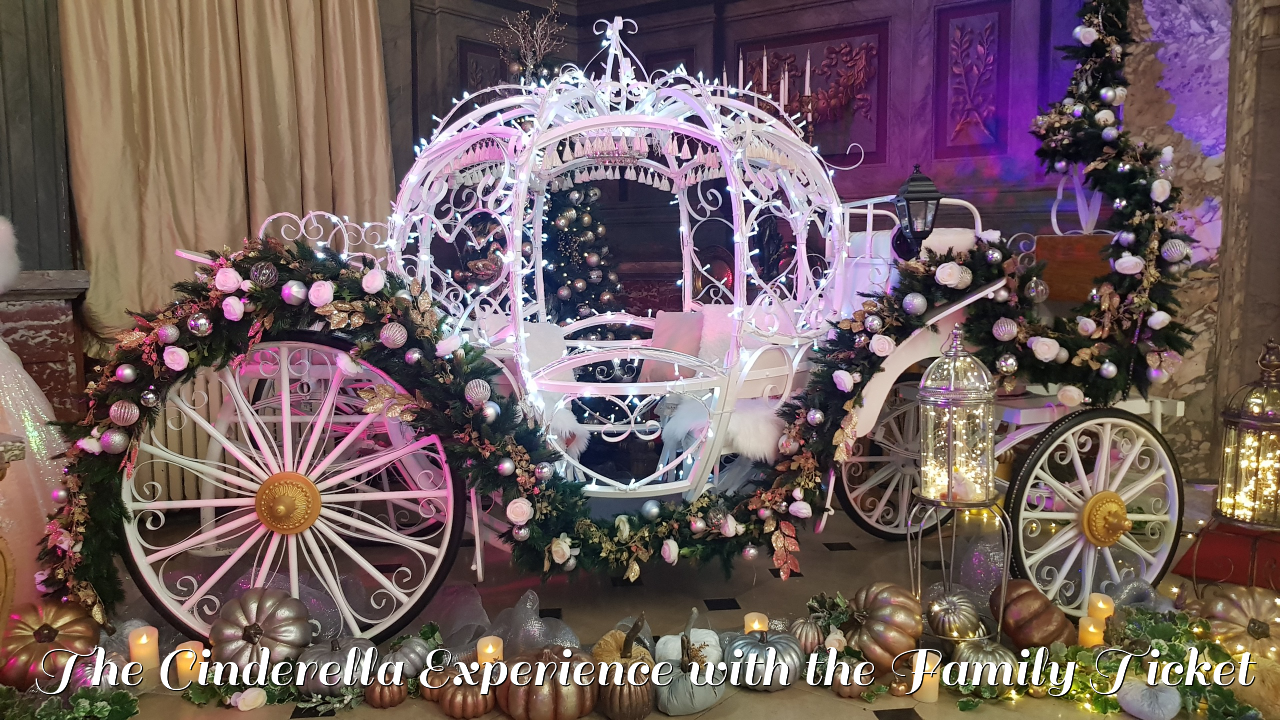 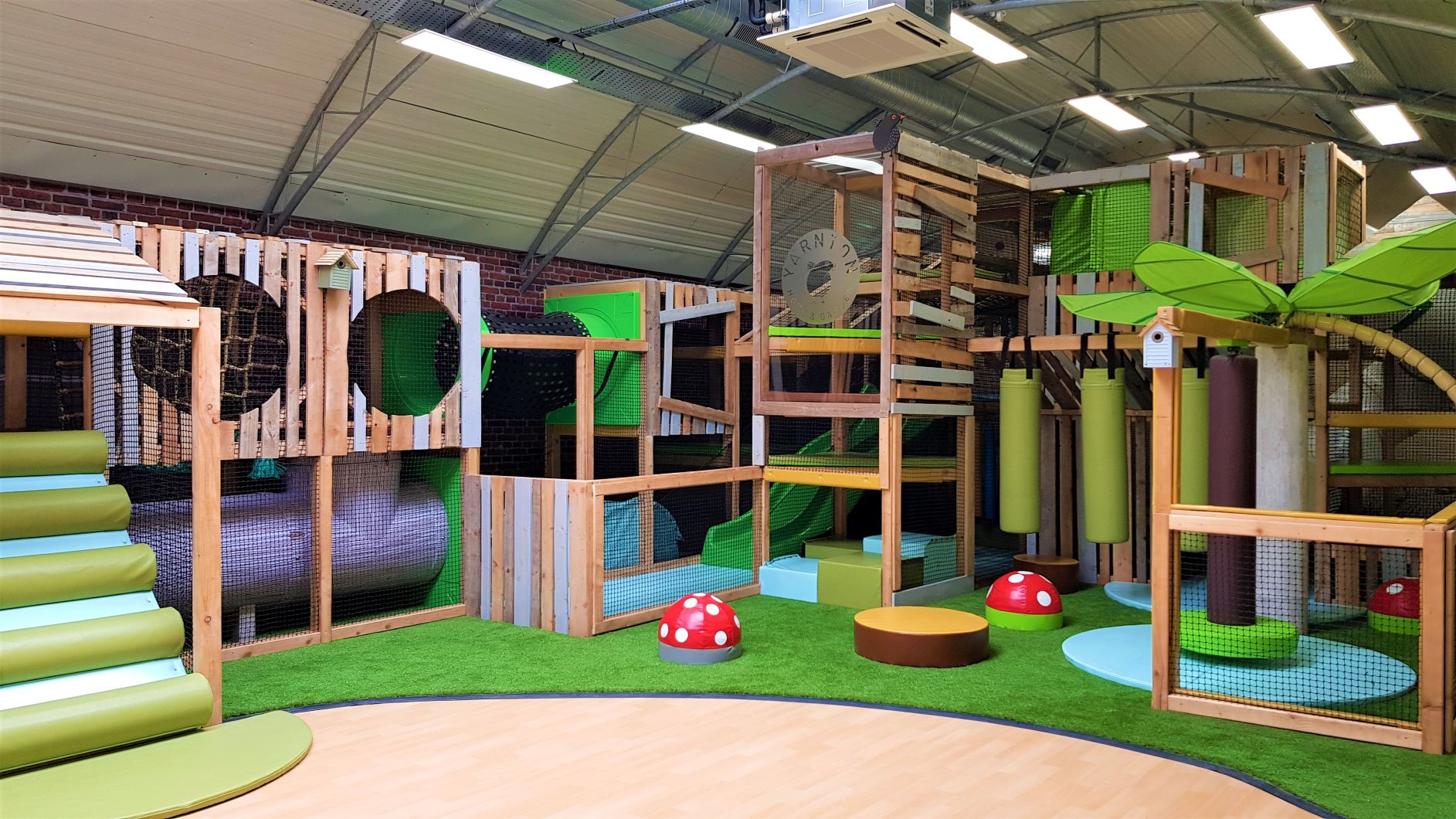