Aka pile of shit literally. It was in our heads today to go to Blenheim ride a train, get lost in a maze and get muddy in forest school. But nope I decided to try my own forest school in stoke woods. I’m not great at trying to do mumsy stuff myself!

I sent the husband to get a bug catching set in Bicester. Did anywhere sell one? Did they hell. Wilko, B&M, Argos, Sainsbury’s, the works and the toy shop (never has anything we need) finally forced him to go to Wyvale or whatever the hell its called now and he found some whoop!

Anyhow its a short drive to stoke woods and we hadn’t been for a while, well because of the dog crap. Thought I’d welly them up so at least we could wash it off if the inevitable happened. Must admitted parked up and it after walking for a while it seemed a load better not a turd in sight.

Then we cut into the wood and that’s literally when the shit hit the fan! Seriously wtf! it was like a bloody Santa’s grotto for dogs with bags of turd hanging from trees left right and center like baubles on a Christmas tree. Can anyone explain to me what the point is in picking up your dogs turd then flinging it in a tree? Is it some sort of new age dogging with actual dogs? Is this how they pull? I mean they do the hard bit of getting the poo bag out and picking up the turd so why then screw up nature by not allowing it to at least decompose?! Absolutely fuming.

Anyhow the kids didn’t notice its more of an adult pet hate. The place is stunning it should be looked after more but unfortunately selfish people have ruined it. If your kids don’t like dogs don’t go. There is no escape I have 2 very opposite children Elliot would ride on a dog’s back if given the chance where as Clark’s a bit more sceptical. I always ask if a dog is friendly before i let Elliot try and stroke them well….

A lovely black lab came bounding up to us and I asked if he was friendly to which we were told he was. Clark as this point decided to hide from the dog. Erghhh dog then thought he was playing chased him, jumped him an scratched him. At first I thought he’d been bitten but alas he was just scratched. Clark is very sensitive (wouldn’t guess if you know him) owners kindly checked he was ok but Clark was distraught (i don’t blame anyone in this situation btw) I managed to stop the tears with the promise of a jam tart.

After the jam tart and vicious dog attack 😉 We decided to attempt bug hunting….could we do it? Could we hell! I was so scared of scooping up a steaming turd and popping it in the magnifying jar we soon gave up. We spotted some dens on our way back to the car which were fun, we collected pine cones and feathers (probably covered in dog piss) the kids minus the dog part had a great time with their binoculars looking for birds (they were too loud we didn’t see a single one)

Final verdict in stoke woods just don’t bother find somewhere nicer with less turd and less dog walkers. They truly have marked their territory and ruined what should have been a better time.

All not lost I thought. We’ll pop the stoke lyne play park (never been before) there is no parking but we parked down the side of the church and walked to the field ( the one opposite the church)

It looked good from a distance had a tunnel slide instant brownie points from Clark. There wasn’t a soul to be seen we were the only people in there. Now this is a niceish park if you live close by but in all honesty I personally wouldn’t travel to it again.

It’s ok to sit down and watch the older kids play but the smaller ones will die. Haha I’m being dramatic but there was literally no safety in mind when this park was built which by the looks of it was a while ago.

No safety flooring for when said children plummet to the ground from the numerous open sides. (EDIT: There is safety flooring. you will see this if you pull the grass apart. My apologies for misinforming you all. Rest assured your children will be slightly safer if they plummet to the floor now). Even the tops of the slide were sketchy. I was going to have a swing but when I saw the eroding seats I knew it wouldn’t hold my weight. Do not swing your chubby kid on one they will break it and prob ably a limb! They had a smaller climbing frame for the smaller ones but it was still unsafe god help any child if they attempt to climb that stuff after it rained!

Now I’m fully aware i’m slagging off someones park that they love but please bear in mind this is only my opinion. Some people love this and will probably think I’m being an arse and that I wrap my kids in bubble wrap….I can agree with the arse bit but i do allow my kids to take risks just not obvious bone breaking risks. So I’ll mention the good points…..

It has a normal seesaw, that may sound silly but not many parks have a traditional see saw anymore. they’ve messed with something that wasn’t broken….unless you class your child front teeth that broke when they fell head first into the handle bars because someone seesawed too hard. It also had what would be a covered sand pit under the smaller frame it didn’t have sand in today but what a brilliant idea! There was plenty of space with a field to play and a picnic bench. That’s all I’ve got sorry.

Long story short I personally wouldn’t recommend either of these especially after some of the places we’ve been to recently. That isn’t to say my kids didn’t enjoy themselves because they did. Today i’m the one with the issues. Sorry if I’ve offended anyone with my rant. I’m going to run and hide from the backlash of this review. 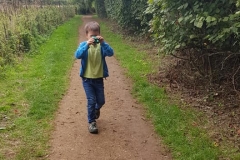 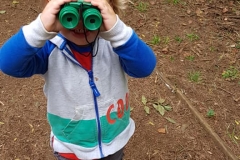 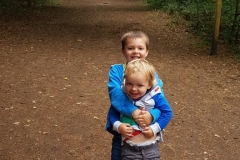 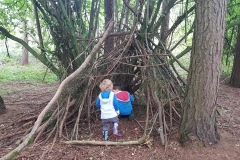 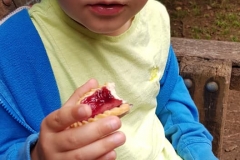 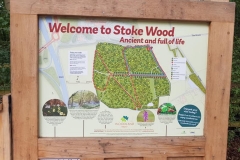 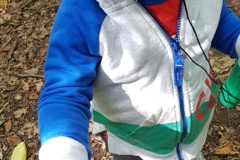 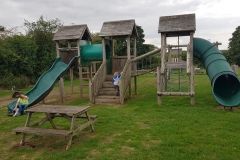 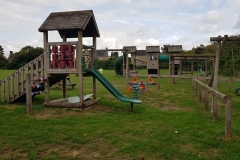 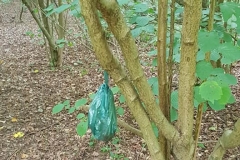 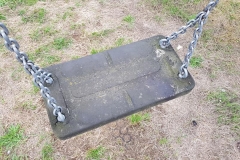 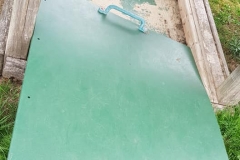 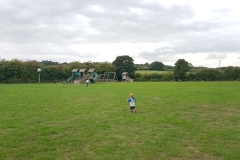 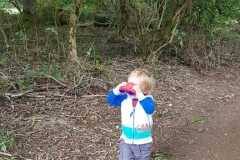 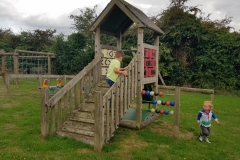 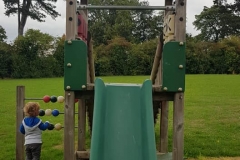 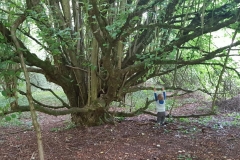 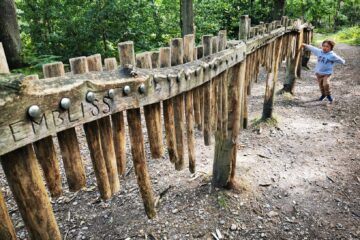 Bit of a random one when you’re driving in the middle of a busy suburb and come across a woods. I was shitting it a bit and thought I’d put the wrong sat nav in Read more…

Another cracking free day out in Milton Keynes. Last weekend we paid Stanton low park a visit. It was so good we ended up spending a few hours there. Stanton Low Park  After checking out Read more…

Its been a couple of years since our brief visit to St Nicholas park Warwick. We never got to explore it all. Well Yesterday that all changed for us we did shit loads.  St Nicholas Read more…