Another play group 🙂 this time I had to borrow a child because all mine were out for the day (at school not down the pub) and when i say borrow a child. I didn’t kidnap the kid I did know them, it wasn’t just one I saw on the street and thought you’ll do (Not making that mistake again 😉 )

Todays group was held at the lovely Chesterton community hall. I’ve been to an explore and more before with Elliot and he Loved it!! It’s not too far and it has lots of space outside after groups done it even has an impressive new park! (Will review in detail another day) parkings pretty easy too, loads of space.

The group is held every other week on a Friday and if you haven’t been why not??? Unless you dont have kids in which case its probably one to miss. Each of the sessions has a theme and this week’s was bugs. Calm your tits she doesn’t fill the hall with spiders and cockroaches. It’s not Bicester’s version of im a celebrity though would be fun.

This is a messy play I repeat this is a messy play. If you have OCD back the hell off now before you start getting twitchy. Your child will get covered and more than likely so will you so don’t come rocking up in your best jojo maman bebe socks that cost £90 they’ll get ruined. Do however go straight from bed and blame the state of your clothes and face on the kids. Do us a favour though and brush your teeth especially if you plan to talk to others.

When you first walk in (especially after its started) it’s like a huge murder scene. If you’ve seen Dexter its like when he covers a room in plastic sheets before the kill. This is a lot less threating by the way. Shoes off and dive in.

Today there was a big spiders web made from foam, a load of jelly with bugs (plastic) with tweezers for the kids to grab them out, a huge painting area with bug splatters, a huge pile of dirt for digging up worms (again not real) a huge tray of coloured rice, a big craft table, a snail slime run and even some real stick insects!! (Contained dont stress)

Roo (my little kidnapee) whos ermmm 18mths ish I think? Really enjoyed the rice as did most if the kids. The rice is uncooked by the way she’s not made a chicken fried rice for everyone to tuck into (Sounds bloody nice though) i flipping love this rice. Its clean, you can hoover it, it doesn’t make you as blind as when the buggers throw sand in your eyes like the bad guys from karate kids and even better its easy to wash out of the kids arse cracks later in the day.

Roos other favourite thing was the blinds…yep you read that right. The fecking blinds from the windows. Not sure if he was trying to hang himself or trying to play peekaboo. More likely trying to escape his mother she’s a bit of a douche so i dont blame him.

My favourite would have to be the snail slime. It was fricking awesome and so simple too. Don’t get me wrong Its still not something I’d be able to achieve but she made it sound simple! It was pretty much a bar of soap grated etc or something like that. The kids then scooped up the dodgy looking substance and shoves it down the drainpipe and watched the snails go! Genius….I had a few go’s I had to elbow the mini humans out of the way first though little gits didn’t want me to play!

The craft area is brilliant too if you have a child that likes that kid of thing. Unfortunately my two prefer to eat the glue and snort the glitter whenever they see craft. They’re the hand print kind of kids…..the ones when you force their chubby little hands into paint and wrestle their hands onto the paper just so you look like you do educational stuff with your kids. My walls are full of their crappy art but i can’t bring myself to throw them away.

This group is perfect for doing all the stuff you said you’d do with your kids when you were pregnant that never got round to doing because you can’t be arsed to add even more mess to the never ending supply of mess a child makes on a normal day!

Rachel is bloody lovely and she’s obviously one of those parents that do stuff with her own kids at home! She’s full of ideas which is awesome for us as there’s bound to be something new every time!

The sessions are every other week at Chesterton community center from 10am- 11.15am and you need to book on because they can get busy (not too busy though)
Its £5 per child and £3 for siblings. Theres free tea, coffee and squash oh and even biscuits! Not custard creams either (flipping hate custard creams)
Its suitable from ages 1-5. You’ll need to fill out some paperwork too. Make sure you read it because not everythings edible although kids give zero shits about that. You tell them something isn’t edible and I swear they see that as a challenge!

Get your kids down there have some fun. You won’t regret it! 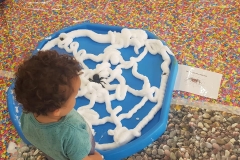 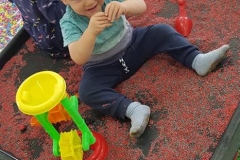 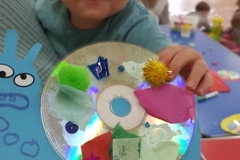 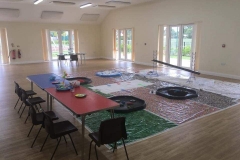 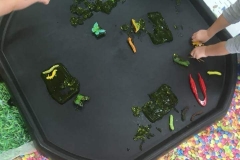 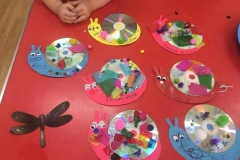 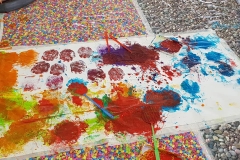 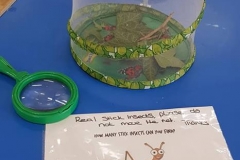 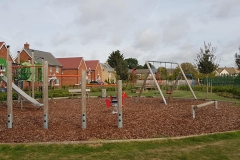 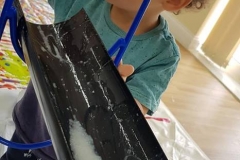 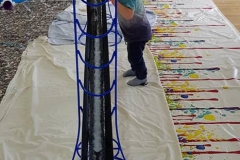 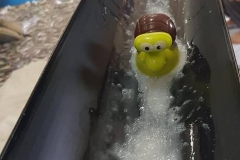 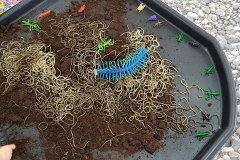 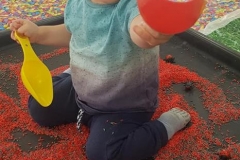 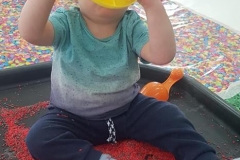 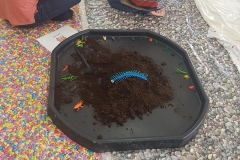 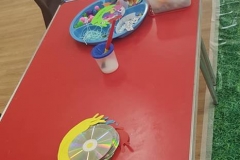 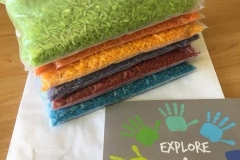 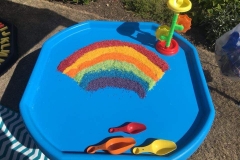 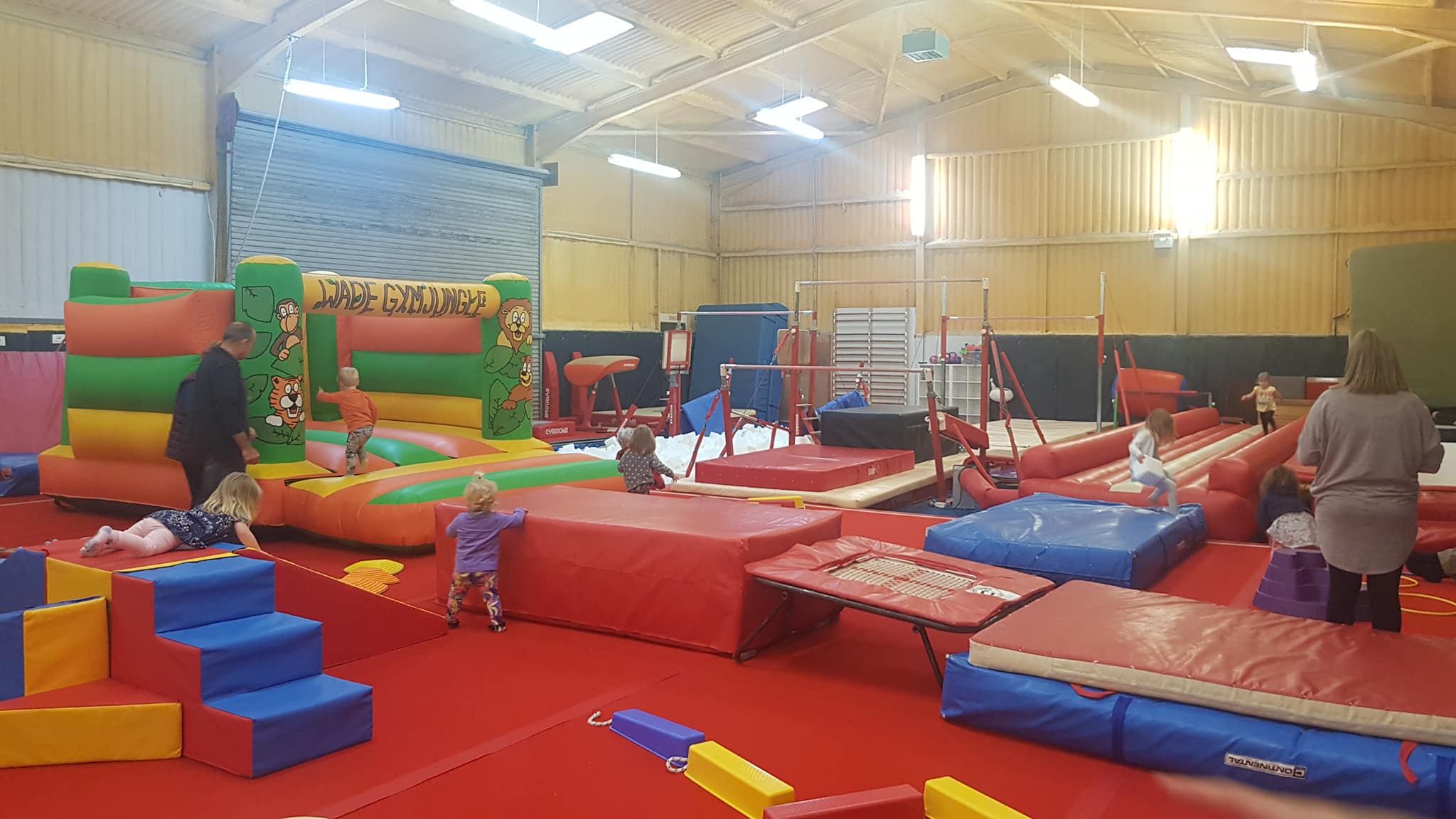 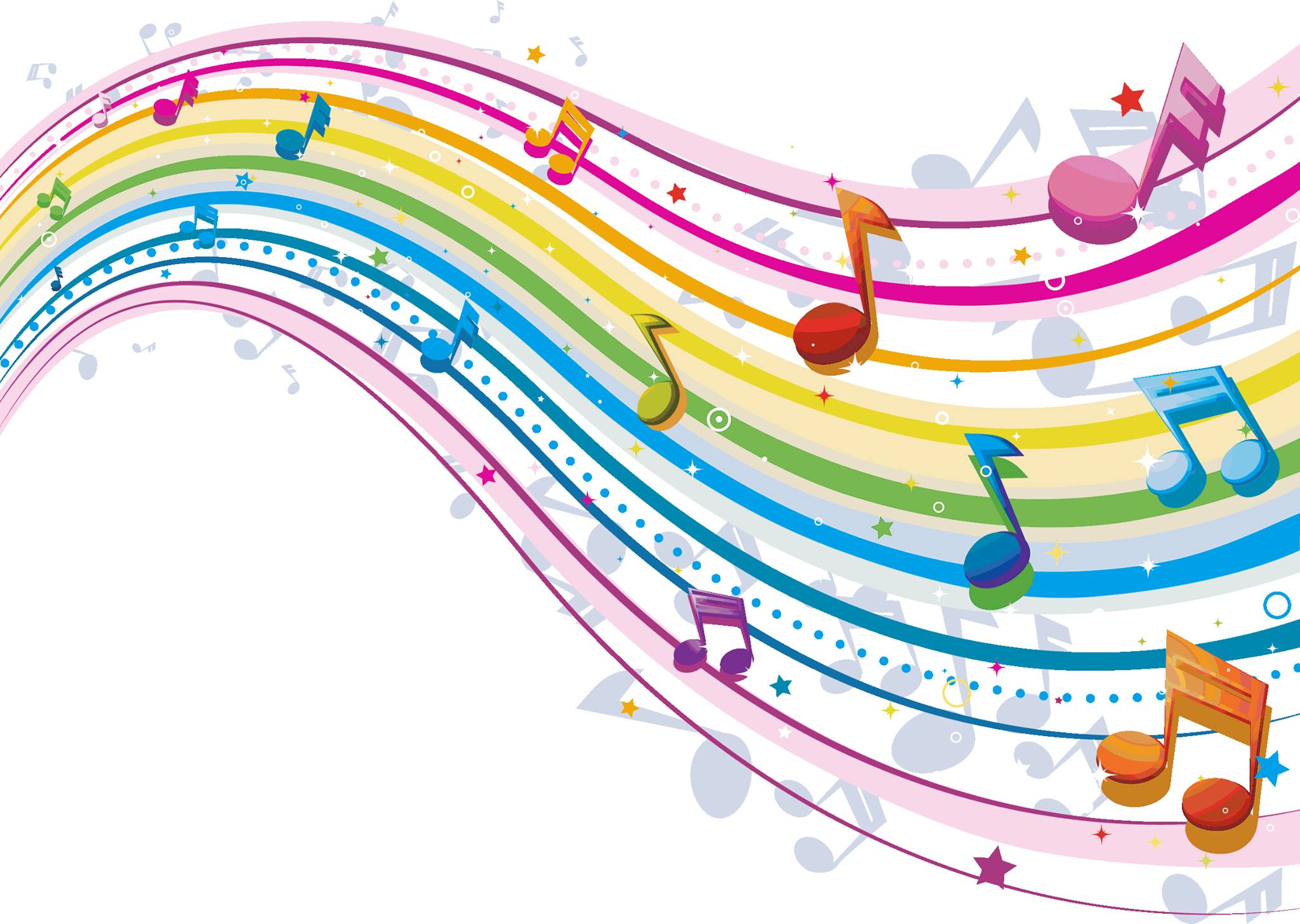